After Karnataka and Gujarat clears selling Maggi, Nestle India has approached all state governments including Himachal for resuming production in its plant at Tahliwal in Una.

“We have received a letter from the Nestle company, the maker of maggi noodles for seeking permission to resume production in Tahliwal plant in Una and we will examine the matter in entirety” as confirmed by sources in the health department here.

Government is yet to take its final call on Maggi, but Nestle India is pretty sure that production would be resumed. “We have received test results from all three laboratories mandated by Bombay High Court to test Maggi Noodles samples. All 90 samples, covering 6 variants, tested by these laboratories are clear with lead much below the permissible limits” said Himangshu Manglik, Senior Corporate Media Relations Manager, Nestle India.

He said Nestlé India has always maintained that Maggi Noodles are safe. Nestlé India has conducted over 3500 tests representing over 200 million packs in both national as well as international accredited laboratories and all reports are clear.

In addition to these, various countries including USA, UK, Singapore, Australia and others have found Maggi Noodles manufactured in India safe for consumption, he added.

Nestlé will continue to collaborate with the FSSAI, the apex food regulator and other stakeholders. In compliance with the orders of Bombay High Court, we will now commence manufacture and will start selling only after the designated three laboratories also clear the newly manufactured products. 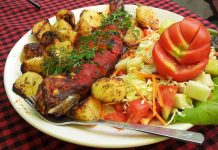