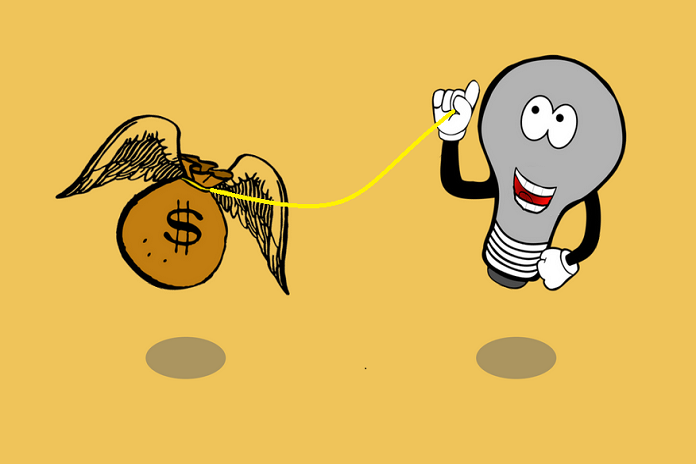 Himalayan Startup Trek 2018 is being held on the 28th and 29th of April in the Kamand Valley of Mandi. While most startup fairs and events are organised in metro cities like Delhi and Mumbai, IIT Mandi Catalyst has brought an opportunity to participate in one such event right from the mountains. A major push to the youth-centric entrepreneurial environment, Himalayan Startup Trek 2018 aims to bring to the forefront the small state with big ideas.

The major focus of this event will be towards enabling face to face contact between startups and investors, and even those who are still ideating their startup plans with the right mentors. Apart from this, legal and financial advisors will be available on campus for consultation and guidance.

Here is a little glimpse of what can be expected at the two-day event in the Himalayas:

The event will showcase ace speakers who have excelled in making their startup dream a reality. They will familiarise the attending startups about the latest buzz in the startup world. Dr. Hemant Kanakia, entrepreneur, startup investor and advisor to young entrepreneurs, will be the keynote speaker at the event. The other speakers include Prof. Bringi Dev from IIM Bangalore, Mohit Pande from Google Cloud, Saurabh Mittal from IIT Mandi Catalyst, Krishnachytanya Ayyagari from Google Cloud, Manish Kheterpal from WaterBridge Ventures, Bhavesh Manglani from Delhivery and the like.

Panel discussions are also on the list of programmes where experienced professionals will discuss entrepreneurial issues and solutions for the startup owners to learn from.

Pitches will be made for incubation by idea stage startups as well as for investment funding by established startups. There is also a workshop on taking a business model from an idea to a reality, ready to be placed in the market.

Rendezvous with the Mentors

Special assistance will be provided by mentors who will be on campus to help out the startup founders. They will perform an advisory role on matters of technology, finance and legal obligations.

Apart from the above, those who are still thinking about creating a startup of their own or are just interested in the innovations being presented at the event are welcome by the organisers.

You can watch the following video by Himalayan Startup Trek 2018 to know more about the event and the people behind it.

We talked to Dr. Puran Singh, Faculty Incharge IIT Mandi Catalyst, and asked him a few questions about the event and its effect on the growth of Himachal Pradesh. Check out what he had to say.

Q. How do you think this initiative of IIT Mandi Catalyst will change the face of Himachal Pradesh in the near future?

A. IIT Mandi Catalyst and the startups that it is supporting are inclined towards researching and providing innovative solutions to the problems faced by Himachal as well as the globe. For example, one of the startups is currently working on a warning system which will send an alert about a minute before a landslide takes place. We are hoping that it will help to avoid casualties caused by landslides mainly on the Kullu-Mandi highway. So, in the future, these startups will help to get rid of the issues faced by the people of Himachal Pradesh and move towards other areas in the country or outside of it where such help is needed.

Q. Going through a number of videos posted by the platform, we saw a lot of youth from outside of Himachal Pradesh participating in the event. How do you think the Himachali youth can be benefited or urged to participate in such events so as to take a chance at entrepreneurship from Himachal itself?

A. We try to support innovative Himachali youth as much as possible. Yes, there are a number of startups who have migrated to Himachal Pradesh to work at our incubation centre but there are also those who have emerged from Himachal. Startups which migrate to Himachal Pradesh are also indirectly benefiting the youth of the state by acting as an employment source in the future.

Q. How will the attending government bodies be helpful for the startups participating in the event?

A. Last year, we signed a MoU with the HP Govt. according to which special assistance will be provided to startups in Himachal Pradesh by the government. Himachal Pradesh Centre for Entrepreneurship Development (HPCED) has an online portal where startups can register themselves. The applications of these startups are then forwarded to IIT Mandi Catalyst for acceptance and future assistance. This also works the other way around when startups apply with us and then we get them registered with the HPCED. HPCED then provides INR 25,000 stipend to these startups and a possible commercial support of INR 10 lakhs.

Q. How much minimum time do you think these startups need to spend in incubation so as to start growing on their own?

A. We provide a grant of INR 1.5 lakh to the shortlisted startups for 3 months where we mentor them and take them from being an idea to a prototype. This time period is flexible enough to be stretched up to 6 months. The prototype is then sent for external review by us. Thereafter, we provide an investment of INR 15 lakhs for 1 year where we own around 5% equity of the startup. We advise them throughout on the working and expect them to commercialise and raise more funds before the year ends.

Himalayan Startup Trek 2017 was organised by IIT Mandi Catalyst on the 8th and 9th of July. This was the first startup event which became a huge success with over 100 applicants pitching their startup ideas. Out of them, 15 startup ideas were shortlisted and presented to the jury. 5 of them then got incubation support from IIT Mandi Catalyst. The assistance provided to them included:

Taking advantage of this facility, startups like MedSamaan, 4Play, Hi-Safe and The Solar Labs have taken a step further in their growth process. These startups, and the ones which are shortlisted by the jury go through an exploration program where they are advised and nurtured by mentors on how to initiate the process of converting their idea into a business. They are then moved towards the incubation program where they receive financial, legal and advisory support from the best in the field.

Himalayan Startup Trek 2018 by IIT Mandi Catalyst is a centre stage for startups to create products and technology for Himachal Pradesh and also provide these products and tech support to other parts of the country from startups based in Himachal Pradesh. A catalyst for the growth of the state in the true sense, IIT Mandi Catalyst is contributing towards preparing young entrepreneurs and enterprises with potential to transform Himachal Pradesh from a predominantly agricultural economy to an emerging multi-occupational state.