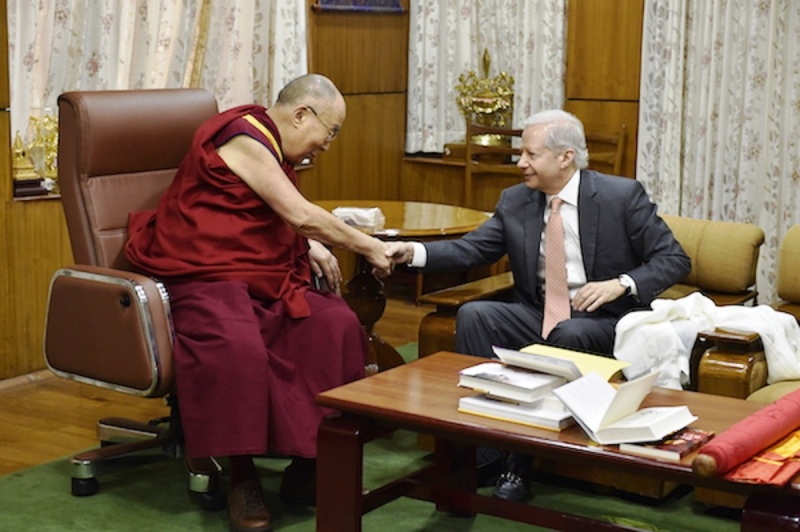 Visiting the Tibetan headquarters in Exile for the first time, the United States’ Ambassador to India Kenneth Juster today called on the Tibetan leader the Dalai Lama at the latter’s residence in Dharamshala North India on Friday.

“I was very inspired by his presence. We had a discussion on a broad range of subjects. It will be terrific if he were able to travel to America at some point of time”, Ambassador Juster told after the meeting. The Ambassador requested His Holiness the Dalai Lama to visit the United States again in the future.

The Ambassador said, “I am particularly inspired by His Holiness the Dalai Lama’s views on how inner peace of individuals can be spread and bring broader peace to mankind. Central Tibetan Administration also hosted an official dinner reception followed by cultural performances at the Tibetan Institute of Performing Arts for the visiting dignitary

The ambassador is accompanied by a four-member delegation from the US embassy consisting of Anood Taqui, Special Assistant; Derek Westfall, Deputy Political minister Counselor; Thomas Kress, USAID, and Raj Marwaha, USAID. The representative of Bureau of His Holiness the Dalai Lama in New Delhi, Ngodup Dongchung is accompanying the delegation.