Home Travel & Tourism What Himachal Pradesh did for Summer Visitors? 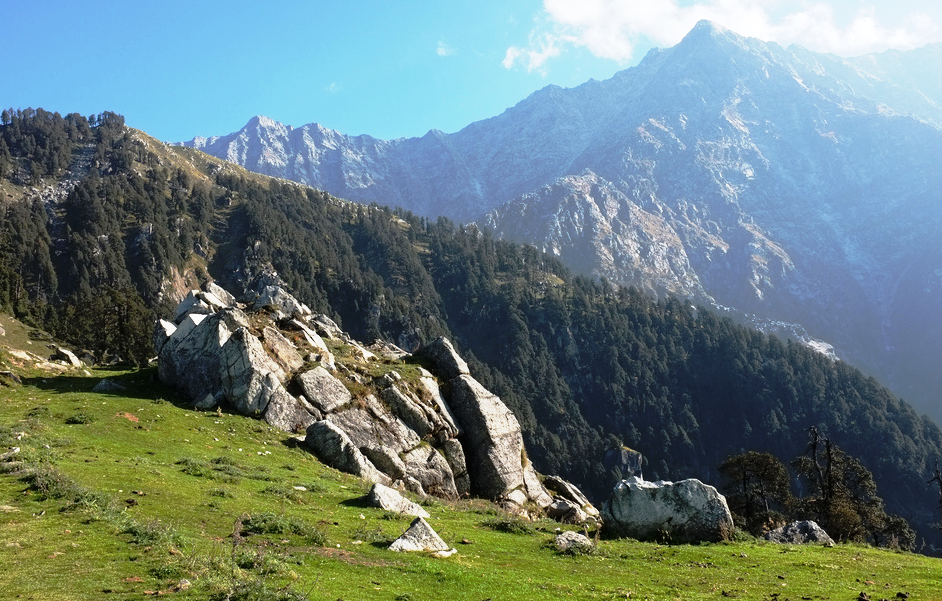 Himachal is said to be the God gifted area of India where you can visit and touch the snow even in June. As no other major industry is there to rare the economy of this small hill state, only tourism industry can make the state self-sufficient. All the Governments which ruled the state since its formation in 1966( when major parts of Punjab joined Himachal), agreed that tourism can be the earning department for Himachal but leaving few minor attractions nothing has been given to the visitors so that they can revisit the state several times.

If we look at tourism industry of J&K (till early 90’s when terrorism entered the state} and the same of Kerala, Goa, Karnataka and North East state, Himachal has done eventually nothing to attract the rich tourists.

Summer 2018 is here and it is time to attract tourists in Himachal Pradesh. When a traveller plans to visit HP from any part of the world, its google guru suggest few names like Sangla Valley, Kheerganga trek, Kasol and Manikaran, Khajiar, Great Himalayan National Park, Located in the Kullu region, the Great Himalayan National Park and Triund for trekking and Manali, Dharamshala, Dalhousie and Shimla for Hill station visits and Bir Billing, If you like paragliding, Dharamsala is the only place in HP which attracts majority of foreigner visitors in  the state. According to a study most foreigner tourists like to visit Dharamshala after Goa in their Indian trip and then prefer to go elsewhere.

The most attracting, the majestic Dharamsala, coz India’s popular Tibetan settlement is here and the seat of HH the Dalai Lama is the major attraction point. From stunning mountain views and pleasant weather to excellent restaurants that serve the best Tibetan food and magnificent temples and monasteries, Dharamsala has them all. Plus there is the gorgeous HPCA Cricket stadium that is worth checking out for every cricket lover. Though the visitors are coming to Himachal, most of them only once as they find nothing to comfort them.

We have three airports Shimla, Kullu and Dharamshala, Shimla has the seldom flights, Kullu too has few, while Dharamshala has the maximum flights to and fro from Delhi. Mr. Modi is now the PM, but worked as party observer in Himachal and know that the fare between Dharamshala- Delhi is almost the maximum in the domestic sector in this distance, but done nothing so far to reduce it so that maximum tourists could visit the state and save 12 hours road journey. There is BJP lead Government in Himachal and in the Centre but no one could come forward to put Dharamshala airport on UDAN scheme so that a passenger with HAWAI chapple can also travel in this sector.

The police cut Challans of the tourists for roadside parking in all the major tourists’ cities of Dharamshala, Manali and Shimla but helpless to provide them with the parking places. Dharamshala and Shimla have been included in the list of 1000 smart cities, but there is nothing about parking to the tourists in both of these cities. The Municipal Corporations and the private firms failed to implement the Smart Parking solution to overcrowding and haphazard. Overload parking is a common scene in the available small parking lots.

After the Courts orders in Himachal around 200 such hotels are shut down in the state which was built illegally making it even worse for the visitors who otherwise also felt shortage of the accommodations in hill cities this year. The governments didn’t bother to provide the extra accommodation for the increasing rush of the visitors due to worst tourism conditions in J & K.

In the absence of Ola, Uber or Meru taxi services the local unions charge the tourists at their will and force them to think not to come here again. There is also lack of national and international level food courts or restaurants which too repel the visitors.

Sharad Garg a tourist from Delhi said,” HP authorities must work on the betterment of the National as well State Highway so that we could love the hillside drive.” He said that lots of road accidents in the State are not a good sign to attract tourism.

Ms Emma and Sophia from the USA said,” We use to come every year to meet HH The Dalai Lama in Dharamshala, which cannot be avoided but the facilities for tourist here are negligible which reminds us to return immediately. Then we stay for a fortnight at Goa and avoid Himachal.” Emilia a German girl said that inter-district air link can improve the tourism conditions in Himachal.

Sanjeev Gandhi, General Secretary of Hotel and Restaurant Association of Upper Dharamshala, said, “The number of flights to Dharamshala airport increases to four only for peak tourist months of May and June. After that again the numbers of flights were likely to be reduced to two and airfares would go up. Since Dharamshala airport was the only airport in Himachal that regularly receives flights the Government should bring it under the UDAN Scheme. This would help provide the boost to the tourism industry of Dharamshala region.” The airfare that touched Rs. 19,000 for a one-way trip from Delhi to Dharamshala in the recent past, earlier it was around 6000/-.