Shimla: The popular Walker Military Hospital in Shimla, that was gutted in fire in 1998, would be back again in operation by 2011, according to Lt Gen S Mukherjee, AVSM, Director General Medical Services.

Walker Hospital came into being in 1902, by a banker by the name of Sir James Walker. The hospital was originally to open up in the Gorton Castle, where the Accountant General’s office stands today. Walker had bought Gorton Castle for Rs 80,000 and wished to gift it for the hospital. After much discussion and persuasion, the building was acquired for the Civil Secretariat of the Imperial Government of India that housed the Legislative, Lands, Education, Home Health and Finance departments, and Sir Walker was given an alternate site where Walker Hospital was constructed for European patients. 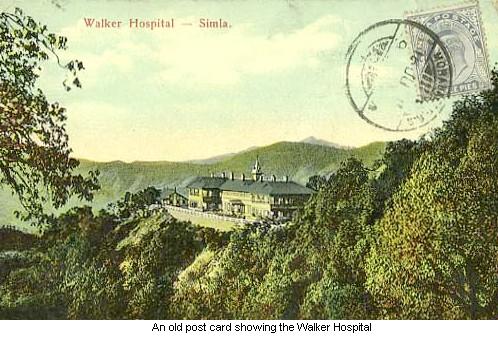 The hospital was finally converted into a military hospital in 1954. But on December 22, 1998, fire struck the hospital at midnight, reducing it into ashes. As it was a wooden structure, the blaze spread quickly, leaving little to control the fire. The entire building was engulfed in flames as the thick coating of paint made the wood all the more inflammable. Everything was over within minutes.

The reconstruction of the 100 bedded five-storey hospital started in August last year and would cost Rs 2628 lakh.

Mukherjee, while inspecting the progress of the work, said that latest techniques would be used for the reconstruction – which includes, Base Isolation Technique, an anti-earthquake system. “This hospital would be a first of its kind in Himachal,” he said.

He informed that Lead Rubber Bearing and special alloy is being imported from New Zealand for the purpose, which would help absorb earthquake shocks up to 6.5 on the Richter scale.

The hospital would have super speciality facilities besides having of specialists of all  types of diseases including emergency services. Apart from providing medical services to ex-servicemen and in-service military personnel, the hospital would take up patients on referrals from other hospitals as well on a priority basis.