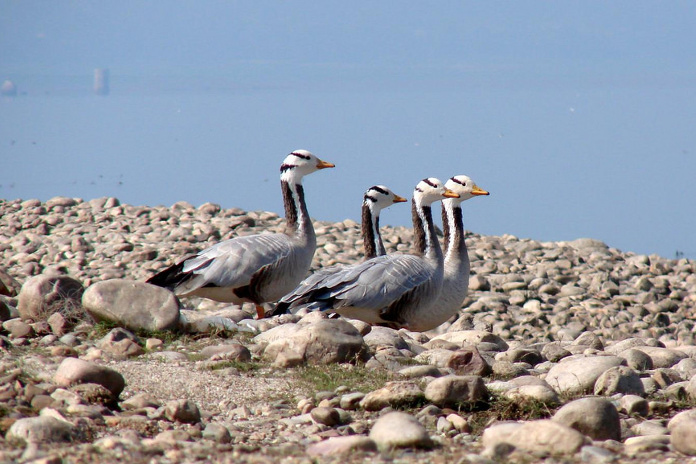 The number of migratory birds that visit Pond Dam every winter fell down this season by at least 17,000 numbers. The good news though is that about 20 new kinds of fresh water birds were seen this season. A total of 117 species of birds made a visit this year as compared to 97 last year.

However, what’s worrying is that only 1,10,000 migratory birds visited this season as compared to 1.27 lakh in the previous season.

These migratory birds make Pong Dam in Kangra district its annual habitat in the winter season every year, who come from Siberia and other Central Asian countries, during heavy snowfall in the Northern Hemisphere.

Krishan Kumar, Divisional Forest Officer, Nagrota Surian in Kangra district, though assures that the decline in the number of visitors should not be alarming as the number keeps fluctuating every year. He said that the delayed winters and late snowfall in the high lands could be a reason for the lower numbers this season.

According to the DFO, the survey this year was conducted in a scientific manner for the first time. This he said, would reduce estimation errors by a large extent. The numbers though would be further verified in the coming days.

The survey was conducted at the wetlands, which spread along the catchment areas of about 35 to 40 kilometers. Pong dam also known as Maharana Pratap Sagar lake is a well-known wildlife sanctuary.

Of the 117 species of waterfowls recorded this year, as many as 74 are migratory, rest 43 are resident species which too make a visit from nearby areas.