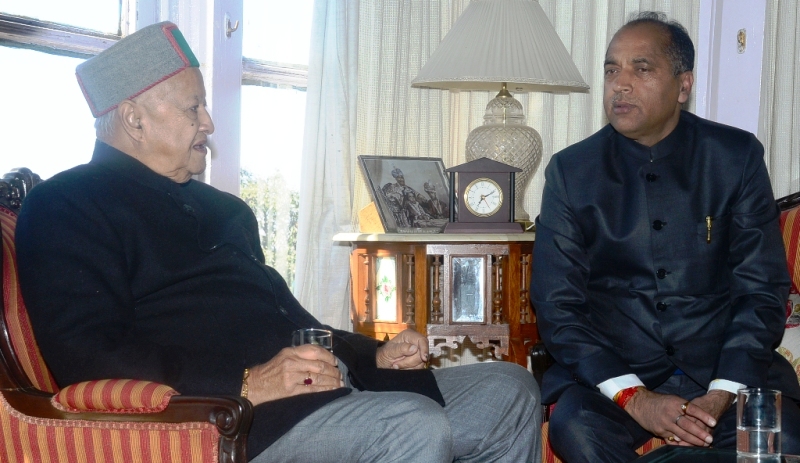 The two met for about 20 minutes and discuss few things with each other spokesman of Chief minister said that it was the courtesy call to the former CM. After giving the reaction on the meeting Mr Singh said that with the elevation of Mr Thakur to state top post the era of political vendetta prevalent under Mr Dhumal rule in BJP government would come to end. Mr Thakur also rushed to official residence of former chief minister Prem Kumar Dhumal and called on him before he joined the CMO this morning.