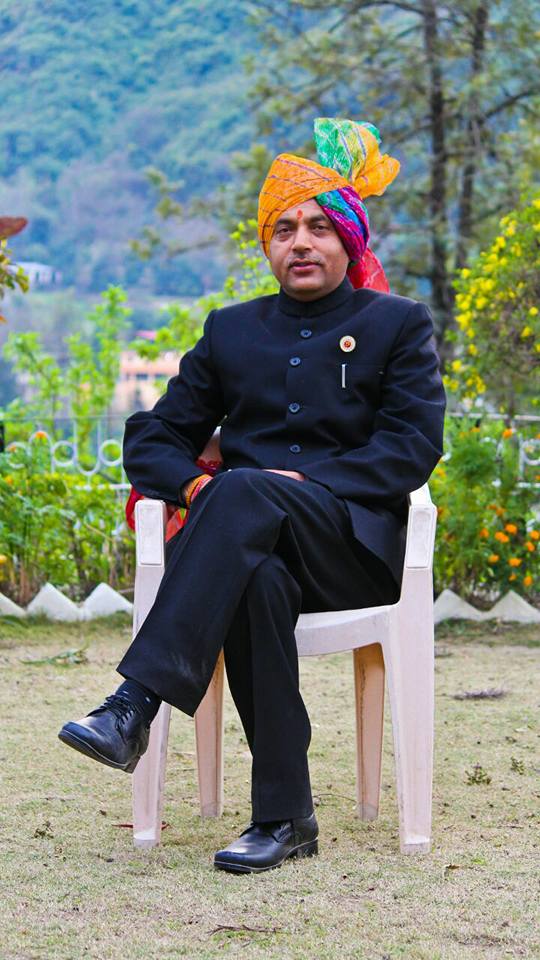 Himachal Pradesh Chief Minister designated Mr Jai Ram Thakur emphasized his immediate priorities in the new BJP government and said that he would do away with the culture of VIP, re-employment and prevalent practice of extension of officers and employees in the government services. Addressing his first press conference at Peterhoff after electing as newly elected party legislature leader Mr Jai Ram Thakur said that all the retired, tired and those who given the extension by the last Congress government in state services would have to go under the new regime.

He, however, said that his government would not change the present status of Dharamshala which was declared 2nd Capital by the last Congress rule. He underscored the need for serious and effective implementation of central funded scheme to benefit the people in the state. Mr Jai Ram Thakur alleged that last Congress failed to implement the central scheme in the state. He announced that soon after taking oath and formation of the new council of minister, all decisions taken by his predecessor Mr Virbhadra Singh in last three months would be reviewed.

He said that party would not work with the political Vendata, however, all the retired, reemployed those who had been given extension have to go with the change of new regime in the state. Mr Thakur said that government would conduct the probe into the charge sheet submitted to Himachal Pradesh government against the last Congress government by the BJP. Chief minister designated said that it would do administrative reshuffle soon after taking the oath and if anyone was being sheltered by the last Congress rule in Gudiya rape case his government would try to exposed such people and cooperate the CBI probe in the matter. Showing concern over the ineptness of this case handed by the last Congress rule and state police he said that there is something fishy in the case.

Mr Jai Ram Thakur who would take the oath of the 13th Chief Minister in presence of PM Narendra Modi and Party president Amit Shah at Ridge ground in presence of ten chief ministers of BJP ruled state at 1100 hours on Dec 27. After inviting to form Government by the Governor Mr Acharaya Dev Vrat today Mr Thakur also paid the courtesy visit to Rajbhawan today and met the Governor and held discussions with him too.

He also distributed fruits and sweets to the children and patients at Deen Dayal Upadhaya hospital, Shimla on occasion of the birthday of former Prime Minister Atal Bihari Vajpayee. He also announced a digital x-ray machine for the hospital. He was accompanied by MLAs, Dr Ram Lal Markenday, Dr.Rajeev Bindal and Suresh Bhardwaj, Vinod Kumar and Member of Parliament, Ram Swaroop Sharma, the Chief Minister reached the hospital at 11 AM and went straight to the children ward.

He also met other patients in the hospital and enquired about their well being. He later took stock of the arrangements of Prime Minister’s visit for the Oath-taking Ceremony on 27th of December at the Historic Ridge. Later, Chief Minister also met the blood donors in the blood donation camp organised by Umang Foundation at Ridge.