Elaborate arrangements have been made to ensure peaceful, free fair and smooth conduct of elections in the state. Stating this today, Chief Electoral Officer Pushpendra Rajput said that 7,525 polling parties were constituted in the state and 37,605 polling personnel have been deputed for poll duty. He said that as many as 5025941 electors will exercise their franchise in the election for 68 Assembly Constituencies on 9th November 2017 from 0800hrs to 1700 hrs. CEO said due to death of one contesting candidate in Barsar constituency of Hamirpur district, 337 candidates are in the fray for 68 Assembly Constituencies which include 318 male and 19 female candidates, besides 112 independent. 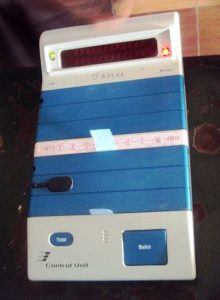 As many as 17,850 personnel of Police and Home Guards and 65 companies of central para-military force have been deployed, he added. He said 29 general, three police, 22 Expenditure Observers and 71 Assistant Expenditure Observers, 1,561 Micro Observers, besides, 193 Sector Magistrate and 789 Sectors officers have also been deployed throughout the state. He said webcasting would be used in 2,307 polling stations in the state for live monitoring of polling activities in the state by ECI.

He said that the state had 100 percent electors Photo Identity Card (EPIC) holders and 7525 Electronic Voting Machines (EVMs) 7525 Voter Verifiable Paper Audit Trail (VVPAT) are being used for voting. VVPAT machines are being used for the first time in this Vidhan Sabha Election. 10 percent of total EVMs and VVPATs have been kept in reserve. The Election Commission has also allowed the electors to cast their vote by producing any one document out of the 12 identity documents.

He said that 983 Polling Stations had been declared vulnerable and 399 as Critical to ensuring free and fair elections in the State. The maximum numbers of Vulnerable Polling Stations are 297 in Kangra District, minimum two in Kinnaur District, he added. He said the Hikkim polling station in Lahaul and Spiti Assembly Constituency is situated at the maximum height of 14567 feet having 194 voters.