The Himachal cabinet, led by Chief Minister Virbhadra Singh, had subsequently, finalized Bilaspur as the location for the upcoming AIIMS. The AIIMS location had been a contentious issue with leaders from different districts lobbying for it. The Cabinet decided in favour of Bilaspur, considering its proximity with five districts of Shimla, Solan, Mandi, Una and Hamirpur.

Incidentally, Bilaspur is the home town of BJP MP and Union Health Minister, JP Nadda. According to Nadda, AIIMS would provide much-needed tertiary medical services to Himachal Pradesh and its neighbouring states.

Let’s have a look at some facts about AIIMS Bilaspur in numbers. 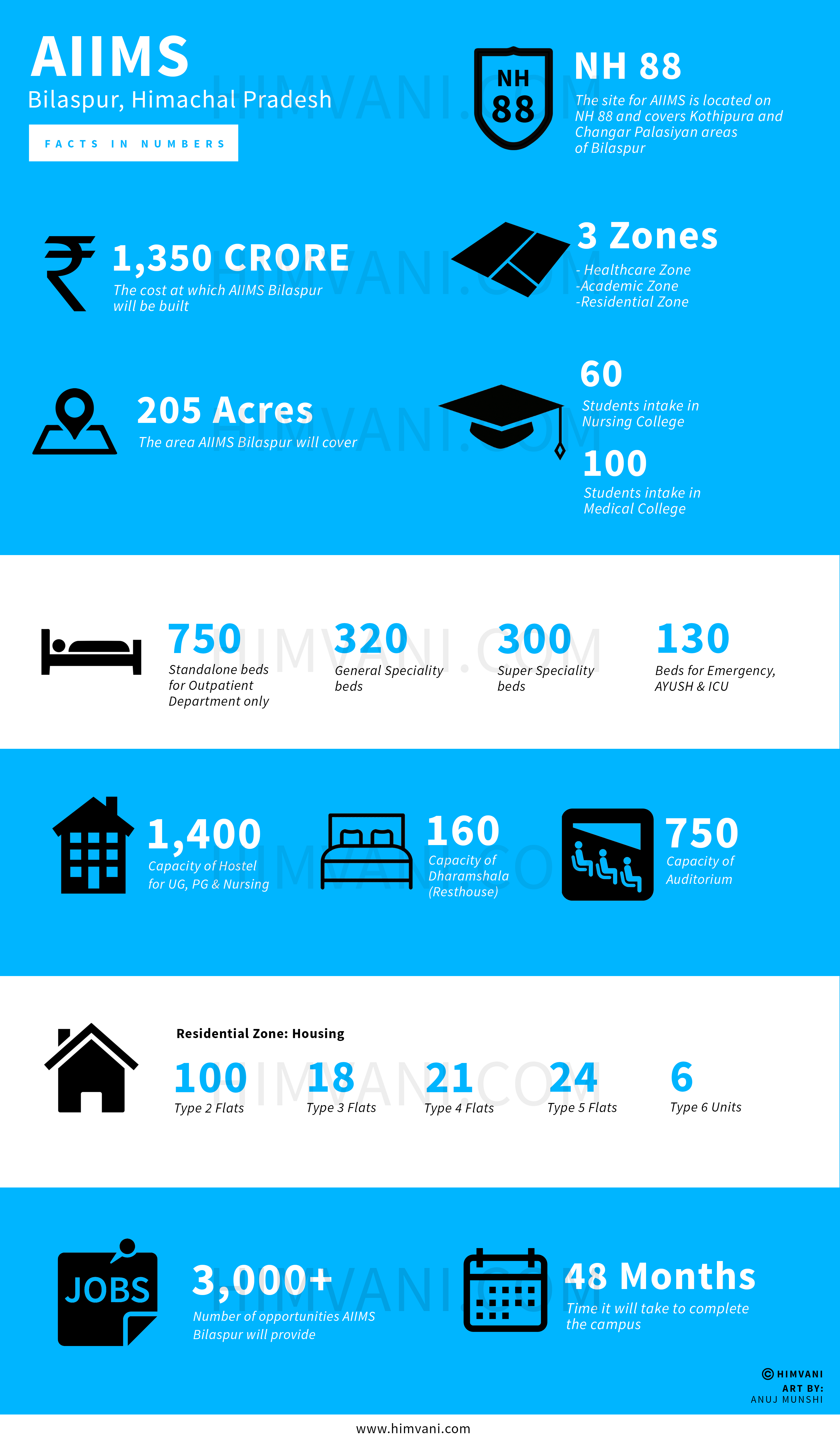