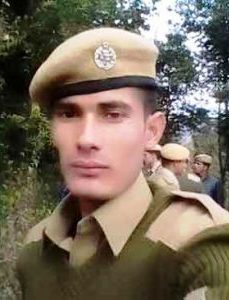 The Deceased Forest Guard’s Grandmother to get lifetime salary State Cabinet meeting held today decided to provide an amount equivalent to the salary of forest Guard Hoshiar Singh to his grandmother, Ms. Hirdi Devi, as a special case throughout her life time. The State spokesman confirmed the Council of Minster’s decision and said in a statement that in view of the exceptional circumstances of his death while posted in Katanda forest beat, this decision has been taken.

The Cabinet was presided over by Chief Minister Virbhadra Singh. The deceased Forest Guard was the only bread earner of the family who died under mysterious circumstances while fighting with the Forest Mafia, however, his senior officers were reportedly named in the FIR and diary of forest guard for colluding for green felling in the forest. The guard’s dead body was found hanging to a tree where he used to give his duty in the Jungle.