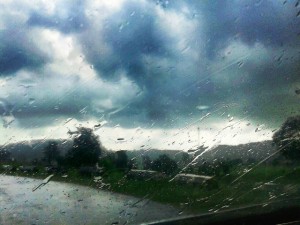 Light rainfall lashed in parts of Himachal Pradesh and it was mainly dry in the rest of the State however it was partly cloudy in the afternoon. Tourist resort Manali got 2 mm rainfall, Bhuntar, Bajaura, Banjar and Dalhousie one cm each. Clouds hovered the sky in the afternoon today however there was no report of fresh snow in the State.

The Met forecast mainly dry weather in the State in the next 24 hours.