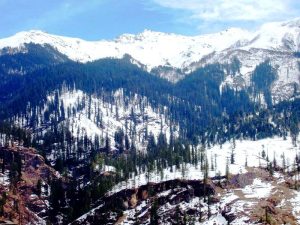 The minimum temperature remained stationary in the State, however there is no respite from cold waves in the tribal Lahaul Spiti and Kinnaur district as mercury continues to remain several degrees below freezing point. Keylong the headquarter of Lahaul Spiti district was recorded low at minus 12.5 degrees, Kalpa of Kinnaur was low at minus 2 degrees and tourist resort Manali 0.4 degrees respectively.