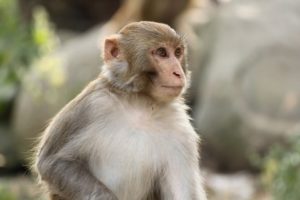 A day after a peasant got killed in an accidental fire while targeting a monkey, voices against arms and the man are being heard loud and clear. Sending a warning to the Government against issuing arms licenses to the farmers for the purpose of culling of monkeys, State president of Himachal Pradesh Kissan Sabha, Dr Kuldeep Singh Tanwar has termed it to be a potential threat for the peace of social fabric. The Himachal Kissan Sabha has urged the Government not to allow the growth of tendency to apply for arms.

He said that after the announcement of incentives for culling in the State, the tendency of taking licenses for weapons has increased in the State. As per the available information, 57 arm licenses had been issued during the last 9 months of the previous year. Dr. Tanwar has also urged the Government to cultivate a task force for culling the monkeys. Accusing state of being obdurate on the policy of culling, he said that the Government had been pushing farmers to take guns and cull monkeys and it was not a healthy approach.

Due to inappropriate approach of the Government on the issue of vermin, the desired result have not been yielded while the duration of vermin, has once been extended by the Government and the farming community is still facing the threat of monkeys on their crops season after season, said Dr Tanwar. He said that giving fatal weapons in the hands of common man resulted in death of a young farmer, who became victim of a misguided bullet fired at a monkey.

He said that the incident has proved the apprehensions of their association right, as the Himachal Kissan Sabha had already warned the Government a number of times against giving weapons in the hands of common man. He said that use of weapons by commoners, might in future also be fatal for other people or animals in the forest area. Thus, it was very much required that expert shooters be identified for the purpose of culling and they should be deputed for culling under the expert advice of forest department’s officials.