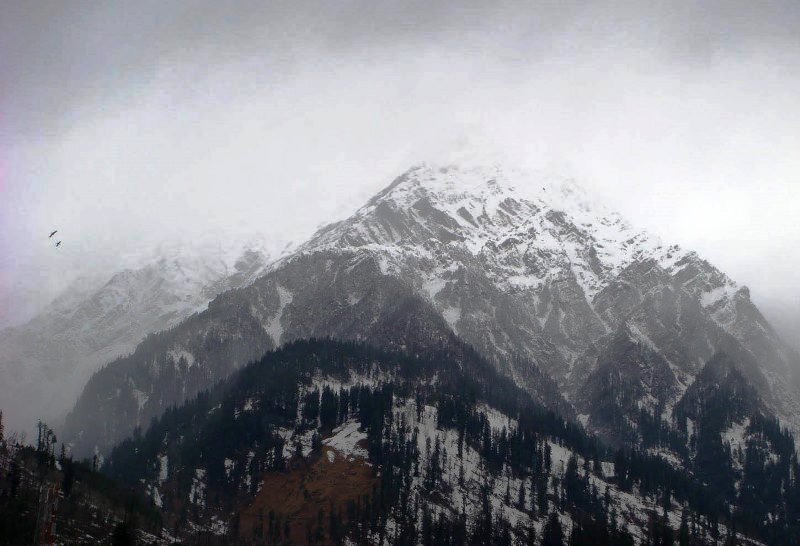 As many as 34 snowbound people including nine children and a pregnant women were evacuated as 60 people were ferried in two sorties of Helicopter today between Bhuntar-Udiapur-Tandi-Bhuntar and Bhuntar-Satingri-Sisu-Bhuntar, the State Government liaison officer  confirmed.

The State Government Liaison Officer Yog Raj Diwan said that 34 snowbound people evacuated from Udiapur, Tandi, Satingri and Sisu helipad today and 26 others were facilitated to Lahaul Spiti from Bhuntar airport today. 16 people were evacuated from snowbound Udaipur and Tandi helipad and including one child 17 were dropped at Udaipur. Similarly another sortie took place between Bhuntar-Satingri-Sisu-Bhuntar including a pregnant mother and eight children 14 snowbound people were evacuated to Bhuntar and 12 others were dropped at Satingri and Siso from Bhuntar.

Earlier these two sorties scheduled yesterday had suspend due to inclement weather. Lahaul Spiti valley experienced moderate to heavy snowfall as Keylong had one feet thick snowfall and Udaipur 12 cm. Keylong was cold at minus three degrees last night. Power supply, telephone and mobile services were affected by avalanches and fresh heavy snowfall on the high reaches further paralyzing life in the Lahaul Valley.

Report arriving said that triggering of avalanches did not render any loss to lives and properties however with mainly dry weather today the danger of avalanches is continues to loom at large as about three to four thick fresh snow was reported during last two days. The State Government has scheduled one helicopter sortie between Bhuntar-Barring-Bhuntar for tomorrow.