HimVani Celebrating Life in the Mountains
Home News Top US Congressman urges President-elect Trump to meet His Holiness the Dalai... 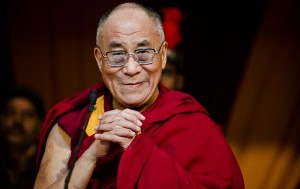 Top US Republican Congressman Jim Sensenbrenner wrote a letter to President-elect Mr. Donald Trump, urging him to meet Dalai Lama and continue the United States’ strong relationship with Tibet once in office. “As you meet with various world leaders in preparation for assuming yo`zaur role as President, I would like to take the opportunity to suggest that you meet with His Holiness the Dalai Lama,” he wrote in the letter.

“Tibetans have the right to preserve their culture, heritage, language, and religion. Over the years, the Tibetan people have undergone a constant struggle to free themselves from the Chinese government and to preserve these basic freedoms. However, the People’s Republic of China continues to refuse to acknowledge the autonomy of the Tibetan people, and have cracked down on protests and demonstrations by Tibetans.”

“Throughout the course of the last half-century, America has had a strong and stable relationship with the people and government of Tibet. I hope you will continue this strong relationship with Tibet, as well as promote peace between Tibet and the People’s Republic of China,” he said in the letter. A copy of the letter dated 6 December was released on Thursday, 8 December here today said.