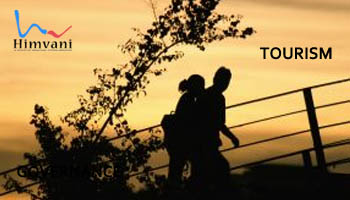 Shimla: In an allegation that has the potential to malign tour operators in Himachal Pradesh to a great extent, a report published by a J&K based news portal has stated that ”some tour and travel companies in Himachal have resorted to a malicious practice of disseminating false information about Kashmir”.

The basis of this allegation has been stated to be an email from an “individual” to tour operators across the country cautioning them from sending tourists to Kashmir. The report further states that to give credence to the malicious propaganda these companies have been disseminating, they are sending disturbing photographs showing events that actually don’t pertain to Kashmir.

The report states: “Continuing with a sinister campaign against Kashmir and its tourism industry, some tour and travel companies in Himachal have resorted to a malicious practice of disseminating false information about Kashmir. In a bid to distract the prospective tourists from Kashmir these companies have been sending e-mails to the tour operating companies across India cautioning them from sending tourists to Kashmir.”

Tour operators in Shimla, Manali and Dharamsala, when contacted by HimVani, expressed ignorence about the malicious mails, stating that tour operators in Himachal would not indulge in such a thing. Aashit Sharma, joint secretary of Himachal Pradesh Tourism and Travel Agents Association, said, “I am not aware of any such mails being circulated. Our friends in Kashmir may have been victims of some rumour.”
It may be mentioned that the tourism industry in Himachal has gained a lot after tourism was affected by terrorism in the Kashmir Valley.