Shimla Municipal Corporation toiling hard with the menace created by reckless tourists and locals littering public places would have number of whistle-blowers as students of town have offered them as a voluntary to join as ‘Green Force’.

“Showing concern over public neglect rampant by many tourists and a local girl student of public school have written a letter to Shimla MC, who is ready to join as whistle-blower in this capital town soon,” Deputy Mayor Tekinder Singh Panwar revealed to media. 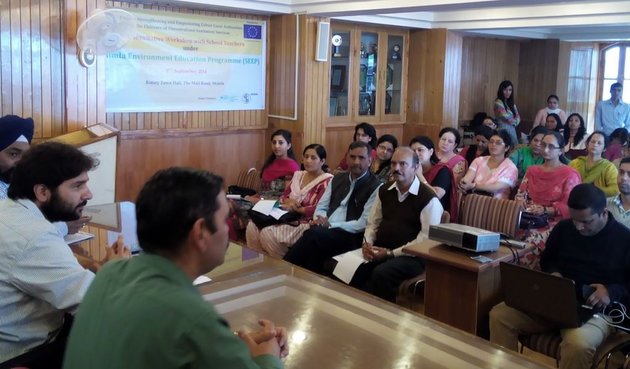 In order to sensitize masses about keeping the town clean and help in solid waste management, MC had decided to take the help of such voluntary after involving them under ‘Green Force’ to contribute as
whistle blowers in the town on time bound manner, Mr. Panwar informed.

Students would not only join as voluntary but it would inculcate good habits among them to rid of the menace in the town as under signature campaign number of student hailed from 47 schools already ensured their participation in the program.

Behavior and awareness toward sanitation and solid waste in the public places could not be enforced on anyone but it could be learned by self motivations, Mr. Panwar said stressing the need to passing this message to coming generation.

This capital town witnessed annual footfall of about 40-50 lakh tourists annually but the MC have to spend its meagre resources on keeping public places clean. Littering of public places is more prone among tourists, holiday revealer and locals seldom bother about it.

Most of MC staff which have to hire on the outsourcing, have been deployed on the Ridge, Mall road and near public landmarks to clear the public places and brimming dustbins with liter.