HimVani Celebrating Life in the Mountains
Home News Corruption is one form of violence eroding rich value system of India...

Tibetan Spiritual leader the 14th Dalai Lama, who arrived Shimla yesterday afternoon on two-day visit, stated that corruption is one of form of violence speedily eroding rich value system of this country. 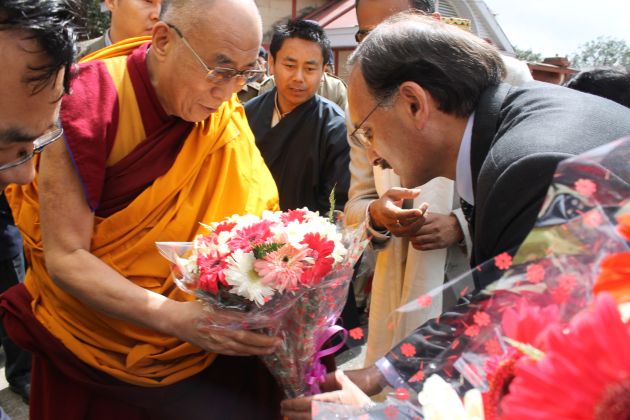 On the sidelines of Tibetan Center School Function at Chhauta Shimla, he said that corruption in India is damaging the rich tradition of non-violence.

When he was questioned by media the issue of corruption inflicting this country, he said that it is against the centuries old Indian culture and moral values system, equal to violence and a big social and cultural problem.

“It is a cultural, social problem…corruption is actually one form of violence India has thousand years old tradition…in economy field you must carry clean, corruption is violence and is against the thousand years rich culture and Indian moral values,” Mr. Lama replied.

On prevailing situation of Tibet he said that the incidents of increasing self-immolation are sad. “it very sad but it is a political issue, since I (he) am totally retired since 2011 from political affairs of Tibet he could not make any comments on this.

Giving his individual opinion over self-immolation he stressed that symptoms of the problem should looked into. He added that Chinese officials must carry a thorough probe of such incidents and look into causes of these sad events.

Dalai Lama was on his two day tour also visited Jonang monastery of this Shimla town and also inaugurated temple at Dorje Drak monastery, later he gave teachings at the Central School for Tibetans.

During his visit at Jonang monastery he appealed the monks to study all literature of the all schools of Buddhism to become a complete monk. He also supported the demand of the Jonang school of Buddhism for their representation in Tibetan Parliament-in-exile.

Answering a question on the issue he says,”It is up to the parliament and I have already asked since many years, I think they have a right as it is one of the major traditions of Tibetan Buddhism. 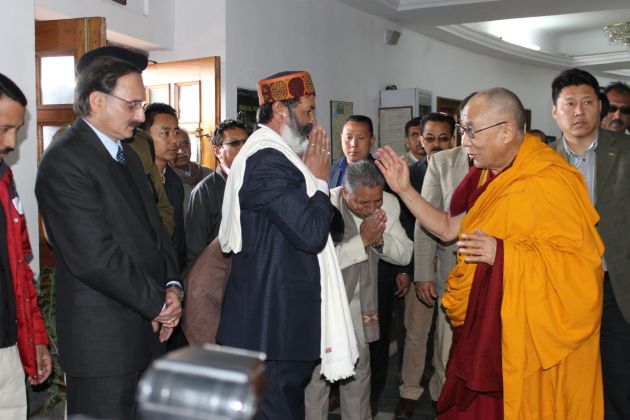 His Holiness the Dalai Lama would address the convocation of Himachal Pradesh University on the morning of 19 March. Top Indian government officials, including Chief Minister Virbhadra Singh and Governor Urmila Singh, would be present on the occasion.

It may be recalled that, when Sikyong Dr. Lobsang Sangay visited the Himachal Pradesh University last November, Vice-Chancellor Prof. A. D. N. Bajpai requested him to facilitate a visit by His Holiness the Dalai Lama to the university.

His Holiness would leave Shimla for New Delhi, where he would give a talk on ‘Success, Ethics and Happiness’ at Lady Shri Ram College for Women on 20 March.

Tibetans here are happy to welcome the spiritual head. This town have a monastery at Sanjauli, a suburb, as it was set by Lama Jinpa of the Gelug tradition in 1962 this monastery was initially called Sangye Choeling.

He was appointed as the head of Jonang school and the monastery was re-named as Takten Phuntsok Choeling (popularly known as the Jonang monastery). Today it was Dalai Lama’s third visit to Jonang monastery and monks are happy to welcome him.