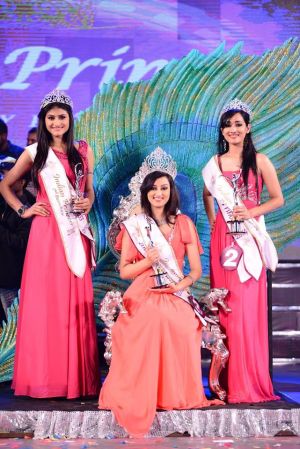 Ms. Chandni, who is now touring her home state along with the promoters is supporting the cause for rural girl child education.

Hailing from a small town Gohar in Mandi district, Indian Princess titled said, there is no dearth of beauty in the hill state but the girls lack exposure and confidence.

Without losing the connection with the culture and their roots the hill women need to come out in all the fields, was the message she gave to the rural students who were given laptops and scholarships by her promoters.

The contestants after auditions from the different regions were trained in the areas of diction, fitness, grooming, etiquette, ramp walk, styling, photo shoots and international mannerism by eminent experts from all over the world who groom them to achieve perfection.