Even though I belong to the hill state of Arunachal Pradesh, which comes under the great Himalayan mountain range, I had a burning desire since childhood to visit the state of Himachal Pradesh. One town that fascinated me the most is Dharamshala, the capital of Tibetan government in exile.

Though I am an atheist, I respect all religions and Buddhism is a wonderful religion. So I took this trip to Dharamshala or Dhasa (as local Tibetans call it) last month. The five days I spent there were a worthwhile experience. It’s a place where three different cultures merge together – Local Indian culture, the Tibetan and the Western culture. The last is brought in by the presence of many foreign tourists. The place is absolutely mesmerising. 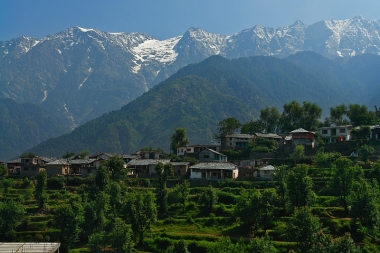 The people there go about their business without caring much about the nationality of the person. They seem to have respect for each other’s culture and have knowledge about other’s festivals. As I roamed around there was buzz in the air about the upcoming Tibetan Loosar festival, which falls on February 20.

“Each year, we celebrate Loosar with our local Indian friends,” said Rinchin Dorjee, a shopkeeper at the Mcleodganj Market, adding, “Also on this festival, we remember our lost country and we pledge to work hard to get it independent.”

The local population is basically dependent on the tourist flow for the income. But this year, global recession does seem to have affected the inflow of international tourists.

“As compared to last year, we have received lesser number of both local and foreign tourists,” said, Pasang Lama, of Loseling Lodge at Mcleodganj Market.

But other than this, the global economic meltdown has had no effect here. The people of this town have a happy go attitude in their life. Even in the time of grief, the people of this town share all their problems. The best example is the Tibetan Delek Hospital, which is a small hospital run by some NGOs. This hospital, which was specially started to cater to the needs of the Tibetan community, today takes care of even the local population.

“In our hospital we treat all patients, irrespective of the community – whether the patient is an Indian, Tibetan or any other. Our motto is to to serve people,” said a staff of Delek Hospital on the condition of anonymity.

My trip to Dharamshala was really a satisfying one and I look forward to visit more places of this beautiful state of Himachal Pradesh.

* The author is a Delhi based journalist. 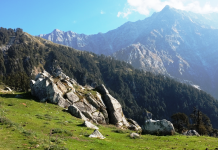 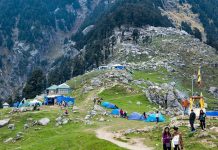