Indo Tibet Border Police (ITBP) have been withdrawn from nine posts along Chamba and Jammu & Kashmir border by the center, despite repeated plea by the state government not to remove the force from the border, district police official confirmed. 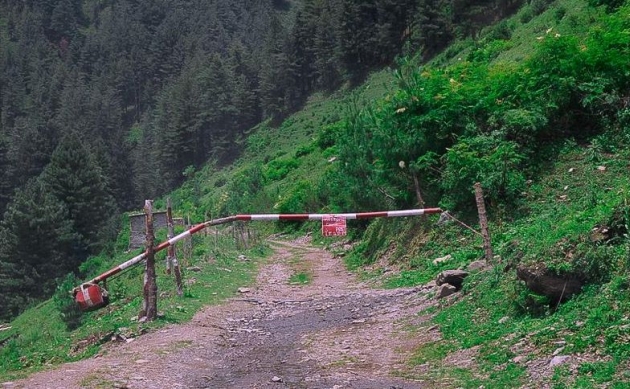 Confirming the development, S.P. Chamba B.M. Sharma said that ITBP have been withdrawn from all nine posts but Indian Reserve Battalion (IRB) is still in the place along other posts. He said that this issue is being taken at highest level and IRB has been given additional task also to keep vigil along the posts vacated by ITBP. He said that matter was pending before the State Director General of Police to deploy the IRB in place of ITBP. The ITBP had been deployed along the border in 1998 after when terrorists killed 31 people. They were posted along Kaistar, Kahira and Tissa sector at nine places while IRB had been deployed on the other posts.

Newly elected BJP MLA from Chuhra assembly Segment Hans Raj told that he has got information from media report that ITBP have been withdrawn from some key posts along Chamba -J&K border. MLA said that matter would be raised in the assembly during next budget session. He said that during ITBP villagers got respite from infiltration along the terrorists affected Jammu & Kashmir borders.

Terming the withdrawal of ITBP untimely, Gram Panchayat Jhajkoti resident Sanwal and Makkhan Chachlu said that center has withdrawn the force from the border posts when there is tension along Indo-Pak border more over terrorists could make similar violent act taking the benefit of escalation along the border.