Dharamshala saw another candle march against increasing incidents of rape against women in the country. Representatives of various NGOs came together to participate in this protest rally which started from Kotwali Bazaar and culminated at the Kachehri Adda near the DC office.

The rally was coordinated by Jagori Grameen and saw participation of organizations like Utthan, Rotary – Innerwheel Club, Nishtha, Voice of Himachal, Yatra and Chiraag.  Speaking with HimVani, Abha Bhaiya, Trustee Jagori Grameen, said that they were not in favour of capital punishment, however would like the laws to be strengthened and a speedy justice system. 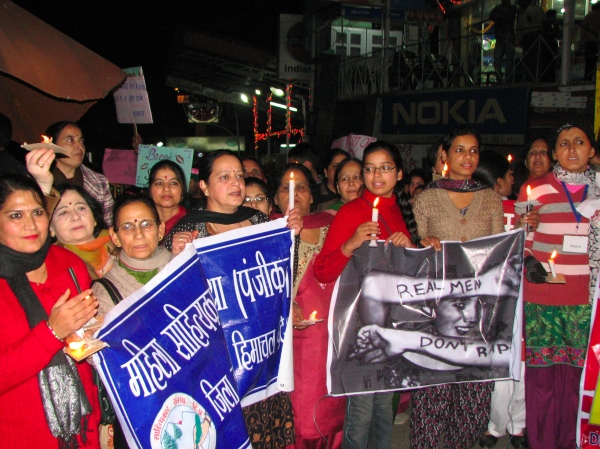