Students from Government College, Dharamshala college took out a rally, protesting the increasing crimes against women in the country. Large contingent of students were seen carrying candle lights and placards in a protest rally which culminated at the War Memorial.This protest came in the wake of the the recent rape cases in Delhi and elsewhere in India. 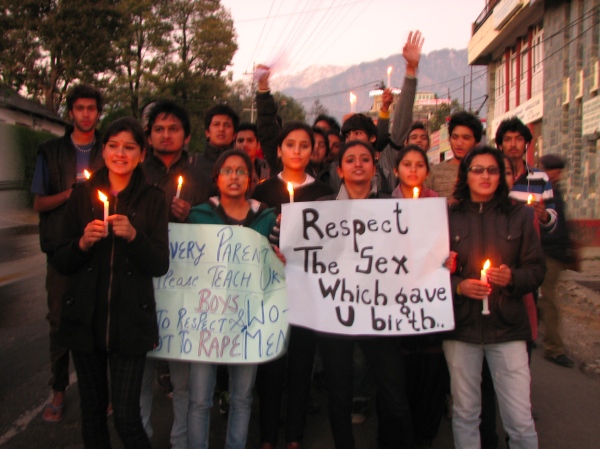 According to the student representatives more such protests are planned in the coming days. The students were shouting slogans against the Delhi police and could be seen carrying placards deploring the crimes which the women have to face in India. 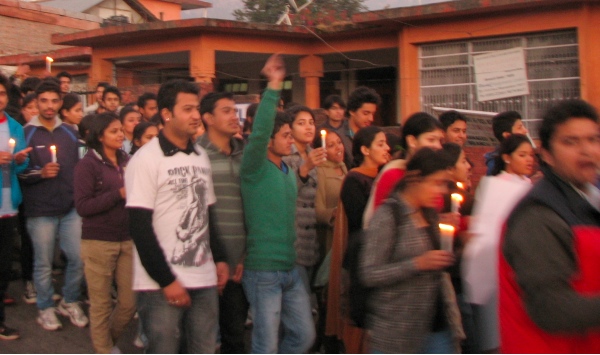 The incident has seen various groups and communities across the country coming out in open, talking about “RAPE” and demanding stronger laws and action against the culprits. 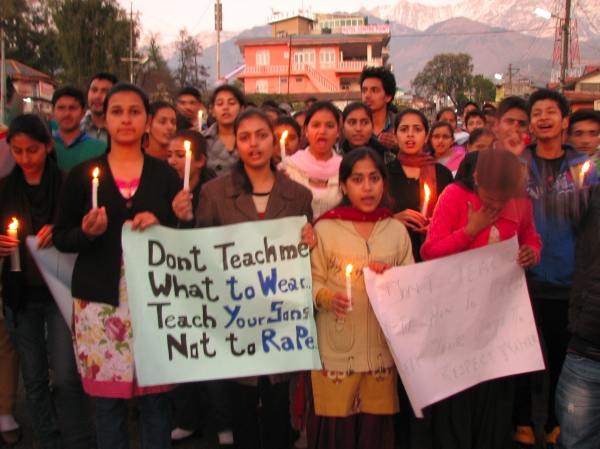