Senior BJP leader and Himachal Chief Minister Prem Kumar Dhumal, expressed optimism that the party would sweep the elections and form its government once again. 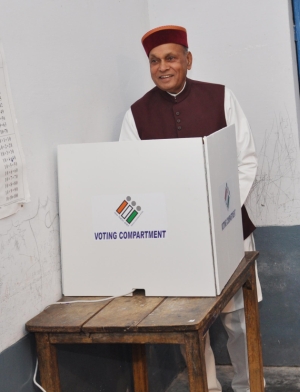 While talking to reporters after casting his vote along with members of his family members yesterday,  Dhumal said that people were fed up with the rising prices and rampant corruption that was due to the wrong policies of Congress led  UPA government at center and that is why they were all set to return BJP to power in the state. 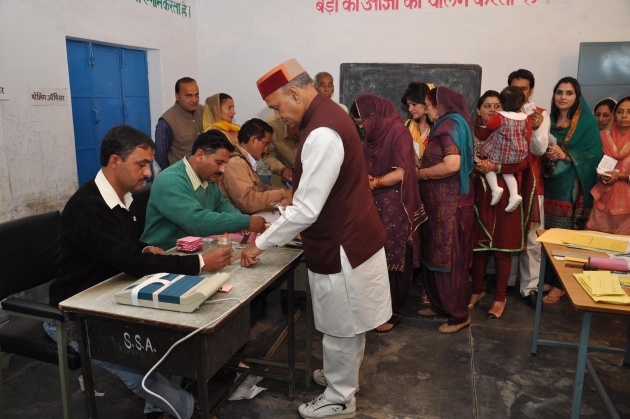 Mr. Dhumal with his family at polling booth

Earlier, Prof. Dhumal along with his family members visited the temple of Maan Awahdevi, the  Kuldevi of Dhumal family in early morning hours and offered pooja there. Every time when any work is to be started, they visit the Maan Awahdevi temple to get her blessings for them and the people of state.