The Hercules MTB Himalaya 2012 rally was flagged off from Shimla today morning at 10AM. 71 mountain bikers were given a start by Major General Amarjeet Singh, PVSM, AVSM, VSM, GOC in C, Army Training Command. Also joining him were  Bollywood actor couple, Parvin Dabas and Preeti Jhangiani.

The rally will pass through lush valleys and picturesque vistas and treacherous up & down hills, giving both the riders and their crew fantastic adventure of a lifetime. From Shimla, the route ambles through Tani Jubbar Lake, the apple orchards, pristine lakes, flowing streams and lofty mountains of Kullu Sarahan, the magnificent meadow at Jalori Pass, amongst other scenic locales. 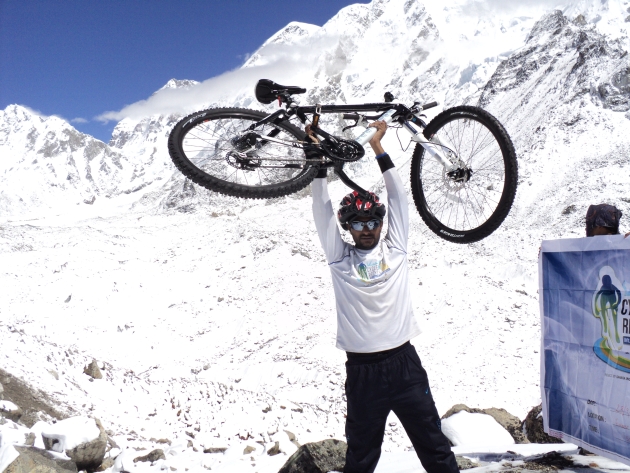 The Hercules MTB Himalaya has 10 race categories that include Mens and Womens Solo, Masters Solo, Corporate Challenge, Team Challenge and 6,00,000 INR (six lacs) as prize money. This combined with the breathtaking course and an appetite for adventure will definitely motivate all the riders through the course of the race.