Sunder Nagar: Himachal Pradesh state policy for persons with disabilities is almost ready and it will be released very shortly. The state government’s performance in implementing Persons with Disabilities Act- 1995 has got appreciation from the ministry for social justice and empowerment, government of India. This was disclosed by Sarveen Chaudhary, minister for social justice and empowerment, in a state level function to mark the 200th birth anniversary of Louis Braille. She was speaking as chief guest in the programme. 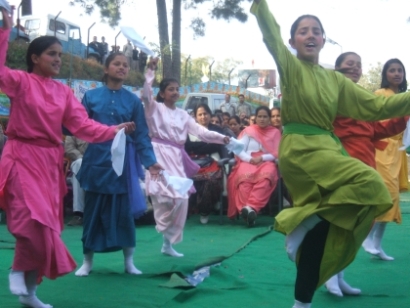 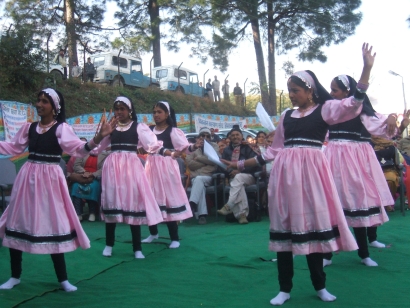 According to Chaudhary, a State Disability Policy has been prepared by the department and it will be released very soon. She praised Ajai Srivastava, chairman of Society for Disability and Rehabilitation Studies (SDRS), HP Chapter for pressing on the government to evolve the state disability policy in Himachal Pradesh for the last so many years. “When BJP came to power in the state, he convinced us in this regard and we finally decided to have the policy for the persons with disabilities,” she said.

A function was organised here on the campus of Government Girls’ School for the Deaf and Blind on January 4, 2009. The blind and deaf girls of the school, presented a colourful cultural programme on this occasion. Chaudhary gave away prizes to the students for their achievements in various fields and honoured Manju Gupta, a Braille teacher who herself is blind for her commendable services. 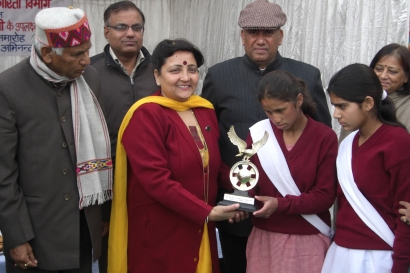 Chaudhary paid rich tribute to Louis Braille who had invented the Braille script for the blind in 19th century. She said the BJP government in the state is committed to provide equal opportunities and full participation to the persons with disabilities and an integrated scheme for this section has been launched recently.

She informed that in the last one year, 924 posts for persons with disabilities have been filled and the process to recruit disabled on other 1,699 posts is going on.

In his address, Srivastava said the efforts of the government were commendable but still much was needed to be done for the empowerment of the disabled in this hill state. He said SDRS has been trying hard to create a strong disability rights movement in the state and the results of these efforts are very much encouraging.

“The help received from media in his endeavour has expedited the whole process. Now disability issues are in the agenda of the government and the disabled can not be ignored any more,” he said.