Himachal Pradesh – commonly known as the land of Gods. The scenic beauty, the calm atmosphere and the aura of spiritualism attracts thousands of devotees to visit our state. More than two thousand temples and religious places are located here, some of which have been built since time immemorial. These temples can be identified on the basis of roof architecture.

The ‘pent’ roof and verandah – Most ancient and common form in the hills. Lakshna Devi temple in Brahmaur, Shakti Devi Temple located at Chhitrari built in the 7th century are the well-known examples of this type of temple. Apart from these Kali Devi, also known as Mirkula Devi and Bijli Mahadev in Kullu region belong to same category.

Pagoda style – Pagoda style temples are mostly found in Mandi, Kullu, Shimla hills and Kinnaur regions of Himachal Pradesh. It is the most fascinating of all. It came to this region from Nepal. The diminishing roofs rise above the other. 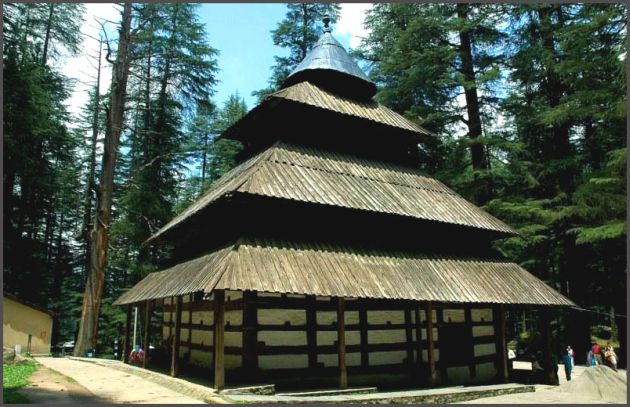 The famous Hadimba temple in Manali , built by Raja Bahadur Singh of Kullu in 1553 A.D., the Prashar temple of Mandi, the Tripura Sundari temple at Naggar, Manu temple at Shanhar, Adi Brahma of Kullu region stand in this category. The Maheshwara temple at Sungra and Chagoan temple in Kinnaur also belong to this style.

Sutlej valley style – A blend of pent roof and pagoda style. It is a style of mandap with one or more pagoda roofs above the garbh griha that correspond to shikhar of a classical temple, usually at one end of the building but sometimes in the centre. Bahna Mahadev, Dhaneshwari Devi at Nethar in outer Seraj and Bhimakali temple at Sarahan (Shimla) fall under this category. 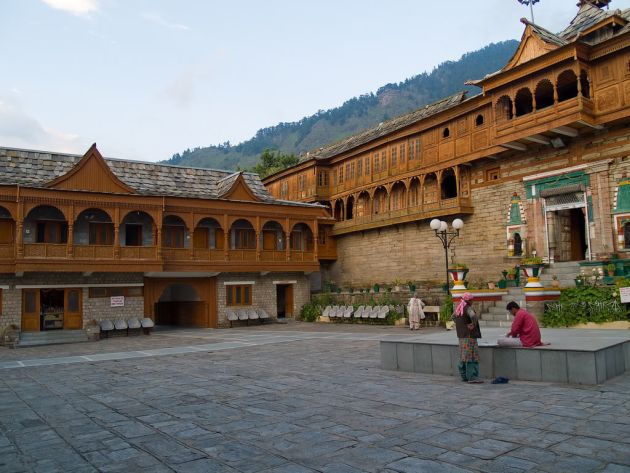 Dome style temples – This style is a new addition to the old architecture of temples in the hills. In this style domes are rounded, elongated or flat. Jwalamukhi and Brajeshwari Devi in Kangra district, Chintpurni in Una district and Naina Devi in Bilaspur district stand in this category.

Flat-roof style – Most of the buddhist monasteries are flat roofed here. Apart from that Narbadeshwar temple located in Sujanpur ; Tira in Hamirpur district and Ramgopal temple in Damtal, Kangra district also fall in this category.

Shikhar style – In this style there is a tower like conical formation built of stone and decorated with carvings. The top of shikhar has amalaka, the circular sun-disc. It has got all the essential elements of a Hindu temple. It has got mandap (porch), garbh-griha (sanctum sanctorum) and shikhar (tower). Vaidyanath’s temple at Baijnath (Kangra district), Laxmi Narayan temple (Chamba district) is an exquisite specimen of this type, Bajaura temple (Kullu district) is the earliest example and Thakurwada at Masroor (Kangra district) also fall under this category. 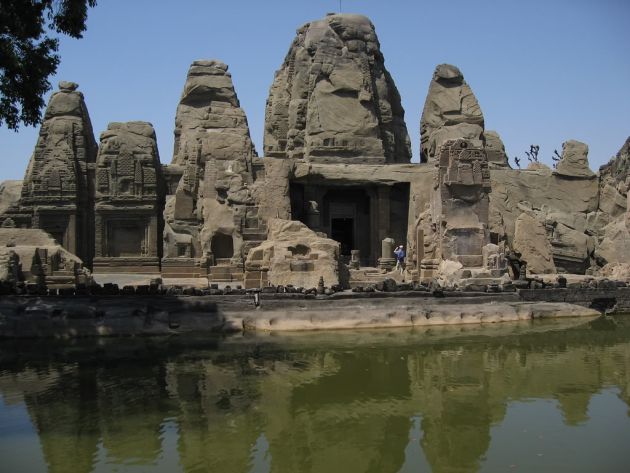