HimVani Celebrating Life in the Mountains
Home Citizen's Voice Shimla to have 65 parks, thanks to efforts made by Vipasha

A little girl Vipasha Srivastava’s humble effort is going to create history in Shimla as the state government and Shimla municipal corporation are ready to develop 65 parks in the town which had no park except one on the Mall. These will include 25 parks exclusively for children. Credit for this change goes to Vipasha’s letter addressed to the Chief Justice of the state high court who treated it as PIL in 2010 and on 3rd April,2012 passed an important order in this regard. 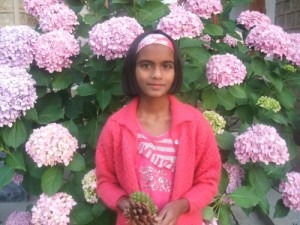 The children of this queen of the hills had no option but to play games on computers and watching T.V. One and half year ago, Vipasha, a student of class V, had written a letter to Justice Kurian Joseph, Chief Justice of Himachal Pradesh High Court complaining that the children’s right to play is being violated as there is no park for them in the town. She requested the High Court to listen to the plight of children and ‘make’ a park for them. Her letter made a deep impression on the heart of Chief Justice and he treated it as PIL.

On 3rd April, 2012, a Division Bench comprising Chief Justice Kurian Joseph and Justice Dharam Chand Chaudhary passed an order and directed the Principal Secretary (Tourism) to act fast on the proposal for creation of parks submitted by Shimla Municipal Corporation to the court. The judges said, “Within the limits of MC, Shimla, it appears that there is no park for children. We also understand that there is no park as such even for the public except for an identified and developed park known as ‘Rani Jhansi Park’. We find that the Muncipal Corporation has made proposal for developing 25 parks for children, 15 tourist parks and water bodies and another 25 for the residents in each ward of the corporation.” The bench said, “There will be a direction to the Principal Secretary (Tourism) to look into the proposal made by the Municipal Corporation and submit response to the High Court within a month. We also direct the Principal Secretary to convene a conference of the stakeholders in the process.”