While addressing the industrialists through the recently launched video conferencing facility, the Chief Minister Prem Kumar Dhumal said that the state has maintained the pace of industrial development even after the withdrawal of the special industrial package ahead of its scheduled time by the Government of India. 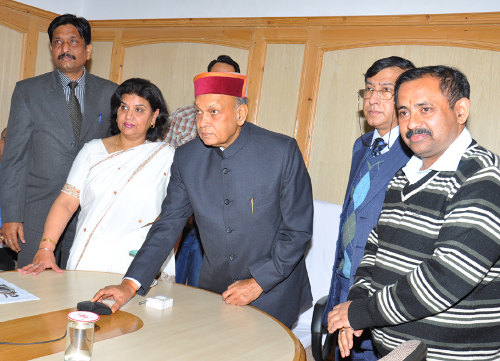 Himachal Pradesh has succeeded in attracting 2,522 new industrial units with an investment worth Rs 3000 Crore after the premature withdrawal of the Special Industrial Package since April 2010. He attributed the sustained pace of industrial investments to the quality of infrastructure being created and cordial relations maintained with the entrepreneurs by the state government. He said that separate excise and police districts have been created for Baddi-Barotiwala-Nalagarh Industrial area besides opening a Drug Controller office to facilitate drug manufacturers.

The newly appointed Chief secretary Ms. Harinder Hira said that tremendous industrial investment was coming to State which was a positive sign for the industrial growth in the state.