Chamba: According to the reports reaching Chamba , a valley bridge near Sidhdehra at Killar head quarter of Pangi valley was damaged due to heavy land slide. Bridge was constructed by Border Road Organization. With the collapse of the bridge contact has been lost with 8 gram panchayat of the valley as well cutting off the road leading to Lahaul. 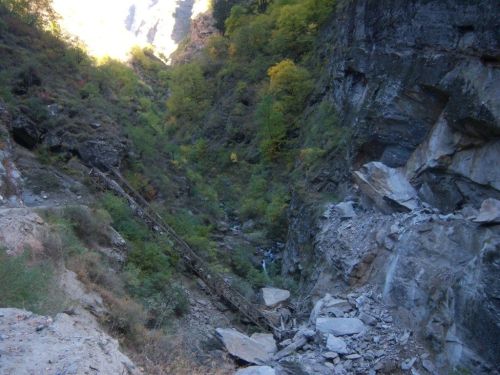 An Executive Engineer of PWD at Killar has confirmed that a report has been sent to the BRO and it now depends on them as to how fast they carry the material to reconstruct the valley bridge. He said reason for the damaged is heavy stone and landslide.

Pt.Tulsi Ram Sharma, speaker of Himachal Vidhan Sabha requested to the Chief Minister Himachal Pradesh to request to BRO to restore the valley bridge immediately as the season of snowfall is
underway.