In a first of its kind initiative, Himachal Pradesh government along with the Future Group today announced a strategic partnership with the signing of MoU to promote the Brand ‘Himachal’, wherein the two will partner to develop various ‘source-to-market’ initiatives and facilitate in creating and enhancing livelihood for over 25,000 families in the State.

In celebration of the association, Chief Minister Prof. Prem Kumar Dhumal and Kishore Biyani, Group CEO, Future Group today launched ‘Himachal Yatra’ which is the phase I of this partnership. ‘Himachal Yatra’ will provide a national platform to showcase and market outreach to the State’s produce and services through Big Bazaar stores.

Speaking on the occasion, Prof. Prem Kumar Dhumal said, “This initiative to provide direct market linkages to the agriculture and horticulture produce of the State would benefit the farmers at large by showcasing Himachali products in Big Bazaar stores in 85 cities and 60 rural locations across the country. We were encouraging farmers of the State to compete in the international markets dominated by China at present. We are committed to create sustainable livelihood opportunities for rural poor in Himachal Pradesh with particular focus on women empowerment besides projecting the Brand Himachal on a national as well as international platform”

Mr. Kishore Biyani, Group CEO, Future Group said, “Our retail reach and distribution enables us to support livelihood initiatives for producers in various parts of the country and deliver fresh and healthy food options for our customers. This initiative is focussed on creating demand for the high-quality agricultural produce that the state of Himachal Pradesh is famous for and aims to bring the market benefits to the people of the State. This initiative will serve as a platform for Brand Himachal, its people and products in reaching out a much larger customer base.”

Future Group operates some of India’s most popular retail chains like Big Bazaar, Food Bazaar, Pantaloons, Central, eZone and Home Town. The state government, through its Horticultural Produce Marketing & Processing Corporation Ltd. (HPMC), works towards marketing and processing of fresh fruits from the State with the primary objective of linking existing farmer producer groups and other producers, strengthening them through mobilization and provide market linkage solutions. The initiative would help market agricultural produce like apple, potato, tomato, ginger, garlic, vegetables, flowers being cultivated in the State. This venture would also provide direct retail market linkage to handloom and handicrafts products of Himachal Pradesh.

Future Group would also explore the possibilities to bring about backward integration of its supply chain by engaging the Self Help Groups, Producer Groups, Service Groups and other collectives of the poor across Himachal Pradesh and provide market place through its various retail formats. 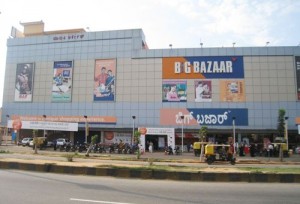 This partnership between Future Group and Himachal Pradesh Government is set to re-define the ‘source-to-market’ path and create national markets for the States’ rich horticultural produce, among the 220 million customers who visit Future Group retail outlets annually in over 85 cities and 60 rural destinations. The initiative will also felicitate in creating and enhancing livelihood and provide newer opportunities to a vast cross-section of people in the State.

Narendra Bragta, Horticulture Minister and Anurag Thakur, Member Parliament were some of the other digatories present on the occasions among other officials from Himachal Pradesh and Future Group.