Shimla: On the historic Ridge of Shimla, a sort of history was being written. Many little hands were busy in making an emotional appeal through colours and brush for their survival. A number of other students were also expressing their feelings on the canvas in the support of their fellow kids who were fighting the battle of life daily for want of blood. After two and half hours of play with colours, on Sunday, May 18, 2008, their faces were full of satisfaction. Their colourful appeal on posters to donate blood for thalassemic children made many people emotional. A voluntary blood donation camp, dedicated to the children with thalassaemia, was going on simultaneously. Fifty people had already donated blood in the camp when rain forced to stop the donation. 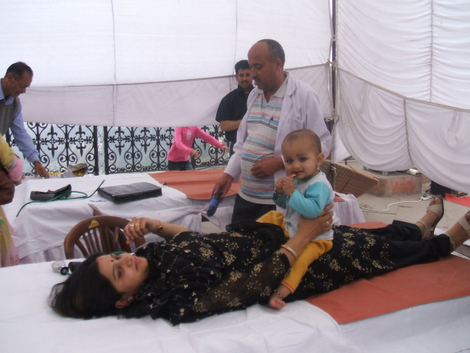 A beautiful scene of a mother donating blood as her child enjoys himself, Ridge, Shimla

This unique and novel initiative was taken by a newly formed voluntary organization YUVA- Himachal (Youth for Uplift through Voluntary Action in Himachal) in association with Society for Disability and Rehabilitation Studies, H P Chapter (SDRS, HP) and State AIDS Control Society, Himachal Pradesh. The purpose of the programme was to bring attention of the society and the state government towards the sufferings of thalassemic children and to sensitise the common masses.

“This is the first programme in Himachal Pradesh in which our children are in focus. We had never imagined that the society would come forward in such a manner to support our children,” commented Nisha Sharma whose eleven year son Sahil is suffering from thalassaemia. 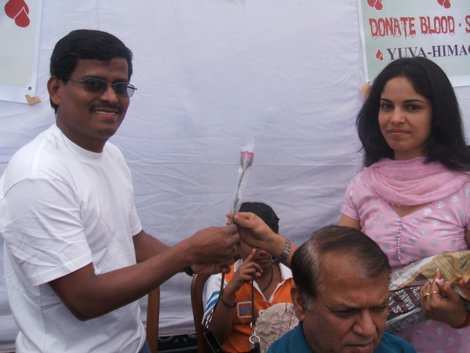 Ganesha, a tourist (Male, on left) from Singapore receives a flower after donating blood, Ridge, Shimla

The posters explained the pain, trauma, and sufferings of children with thalassaemia and also suggested the solutions like solidarity of society with these patients and need to increase voluntary blood donations. Six thalassemic kids, Arjun, Adit, Sahil, Harish, Jasmine, and Pranjal were so weak that they could not sit under the direct sun and had to seek shadow area on the Ridge to paint their emotions. In their posters they very well expressed the importance of blood in their lives and made an emotional appeal to the people to save them by donating blood.

Ajai Srivastava, convener of YUVA – Himachal and Chairman of SDRS, HP, said, “Thalassemic children have the right to live like all of us and our humble effort through this programme is to make people aware about this. We know that they cannot be cured but we can make them comfortable and confident in life by proper handling. This is just a beginning. Himachal Pradesh was lagging behind in this field. We would like to work for them in more comprehensive manner in future.”

Hem Raj, whose son Harish is a thalassemic, said, “Now we can say that our children are not alone because the vibrant social activists like Ajai Srivastava, Yashwant Rai, Bharti Kuthiala, Dalel Thakur, and Sanjiv Sunta of Yuva Himachal and many more are standing behind us.” 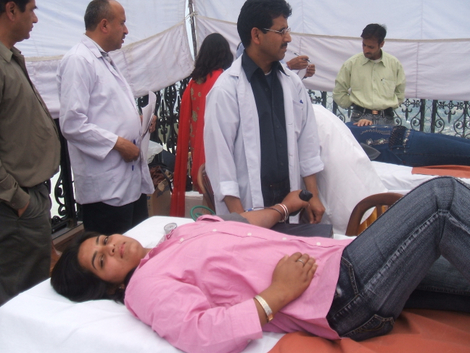 In the poster making contest, all the thalassemic kids were given ‘A’ grade. In the other category, Manoj of D.A.V. School, Lakkar Bazar, bagged the first prize of Rs 1500, Lagrap of Central Tibetan School got the second prize of Rs 1000 and the third prize of Rs 500 went to Kritika Lamba of DAV Lakkar Bazar. Four consolation prizes of Rs 250 each were also given. 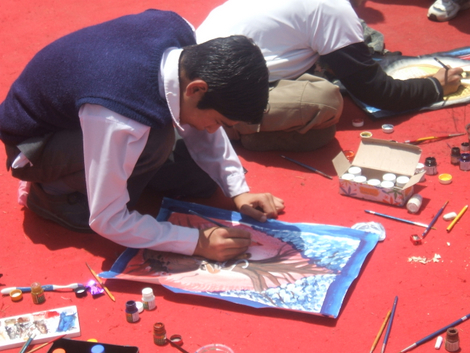 It was a tough task for the jury consisting of Naresh Scott, General Secretary of YMCA, Shimla, and three lecturers of fine arts – Anjna Panwar, Nand Lal, and Priyanka, to decide the results. Vasudev Kuthiala, a retired college principal, who has donated blood 151 time was present in the programme to encourage the blood donors and young students.

J S Rana, Deputy Commissioner of Shimla was the chief guest and J R Katwal, Special Secretary to the CM – cum- Director Public Relations presided over the prize distribution function. They gave away prizes to the winners and lauded the efforts of YUVA- Himachal and SDRS, HP, and assured the organizers to provide all help in their endeavour. Dr Omesh Bharti, a medical officer of local Deendayal Upaddhyay Hospital briefed the gathering about thalassaemia, and Dr Sonia Vats, a clinical psychologist, talked about the psychological condition of such children and their patents. Dalel Thakur made welcome speech and Bharti Kuthiala gave vote of thanks. 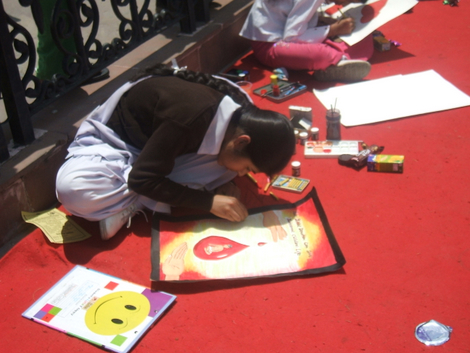