Solan (April 22): With an aim to count bird species in and around Shimla, the first ever Shimla Bird Race will be held in Shimla on 24 April from 6 am to 6 pm. Around 25 experienced bird watchers and researchers from Chandigarh, Punjab, Haryana and Delhi and wildlife wing experts of the state would take part in this race. Participants will be running across the capital city to find maximum number of bird species in a single day. Results of this Bird Race will be announced on 25th April.

The unique event is being organized by a Shimla-based NGO ‘Himachal Birds’ (headed by a serving police officer & bird lover). In the past, this organization had also 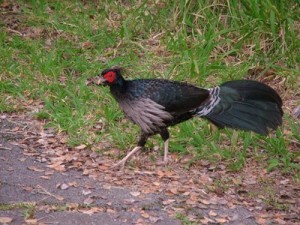 organised a Bird Walk on the occasion of World Sparrow Day.
“Bird races are held to count maximum number of birds on a single day in a particular city/area. No such exercise had ever been carried out in Shimla after Independence”, said Somesh Goyal, founder & president of Himachal Birds. The proposed Bird Race will provide a comprehensive bird list of Shimla birds. It is estimated that Shimla and its surrounding areas have around 100 species including rare pheasants including Koklash, Kaleej and Cheer, he added. The last comprehensive bird species lists were prepared by British men Frome and Hugh Whistler sometime before Independence. Shimla and nearby areas up to Kufri & Naldehra are divided into 8 segments for the purpose of this Bird Race.

Himachal Birds has been actively promoting bird watching and conservation. On World Sparrow Day on 20 March 2011, Himachal Birds had organised a bird walk and a photo exhibition of birds of Himachal Pradesh at the Gaeity Theatre in Shimla.

To provide encouragement to individuals and organisations involved in the task of bird conservation, Himachal Birds has decided to institute two annual awards of Rs11,000 each for an outstanding individual and group contribution. The awards will be presented during the Bio-dDiversity Week in October, 2011. Nominations will be invited by the end of August 2011 and final selection of the winners will be done by mid September, 2011.