Shimla (Jan 31): DIG SS Harta (ITBP) from Shimla district was among the 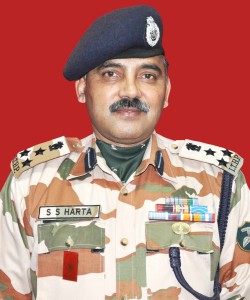 recipients of President Police Medal for distinguished service for the year 2011. DIG Harta belongs to village Tilri near Rohru.

Harta was member of the Ist Indian police contingent to Bosnia in 1996-97 where he performed in the capacity of officer on duty in grievance cell and as regional human rights officer. Harta created history in ITBP when the ITBP marching contingent under his command was adjudged ‘Best Marching Contingent’ amongst CPOs and state police organisations during the Golden Jubilee Year celebration on Republic Day Parade-1998.