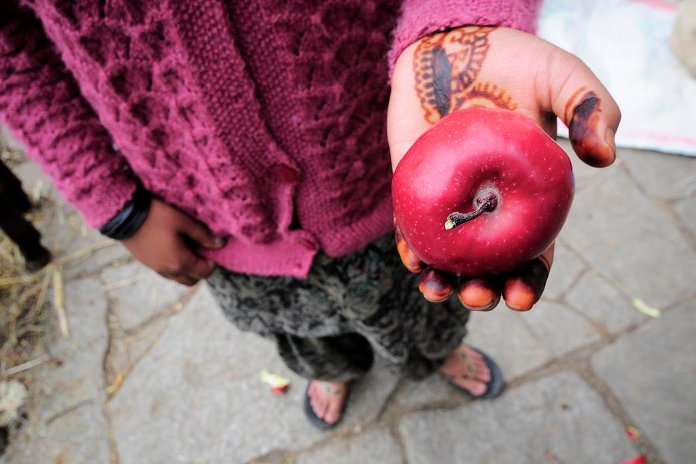 As many as 35 species of different fruits could be successfully grown in the State where horticulture has been major contributor to the economy of the State.

Horticulture Minister Mahender Singh Thakur has directed agriculture specialists to visit farmers in their respective areas of functioning and conduct research on possibility of maximum coverage to horticulture activities.

The specialists will go in the field and prepare area specific plans for different regions, keeping in view agro climatic conditions of the area. It will also be ensured that optimum survival of plants was achieved in the areas planned by the horticulture officers.

Robust plants of fruits of high yield varieties will be provided to farmers in the State after proper soil testing.

More and more farmers will be covered in the State for floriculture and horticulture activities. It will increase self employment avenues in rural areas and strengthen economy.

The Government has also decided to increase procurement prices of citrus fruits in the State under market inventor scheme.

Food processing industries will also be promoted in the State so that optimum utilization could be ensured of the horticulture crop.

The State Government would prepare a work plan for ensuring development of horticulture in different parts of the State. For this, the Horticulture department would develop nurseries as per demand of the farmers and according to the climatic conditions of the region.

Over 4.5 lakh plants would be distributed to the farmers during the next three months through departmental nurseries as per their requirement.

According to the Minister, all the officers of the department have been directed to carry research to the fields.

He has also directed the officers to prepare a plan for spreading horticulture activities throughout the State. The farmers would be provided plants after testing of soil in their respective areas.

This would ensure greater income to the farmers as they would be able to grow more cash crops, suited for their area.

Thakur also stressed on the need to provide quality plants to the farmers. He said that strict action would be taken against those supplying plants of poor variety.

He also directed the department to ensure that only high quality plants are provided to the farmers.

The State Government was laying special emphasis on providing appropriate prices of their produce to the horticulturists.

Apple, Mango and citrus fruits is being procured under the Market Intervention Scheme in the State. Stress is also being laid on establishing fruit base processing units such as wine and cider to ensure remunerative prices to the farmers.

Integrated Horticulture Mission is being effectively implemented in the State for integrated development of horticulture.

Several projects are being implemented under National Agriculture Development Scheme for research and development of horticulture.

Green houses would be constructed since floriculture could prove an effective source of self-employment. One cannot overrule the possible loss to horticulture crops due to adverse climatic conditions and change in environment.

Thus, the horticulturists are being advised to go for new plantation only after ensuring adequate water for irrigation. The Horticulture Minister also directed the officers of the department to submit a report regarding survival rate of plants planted by the farmers.