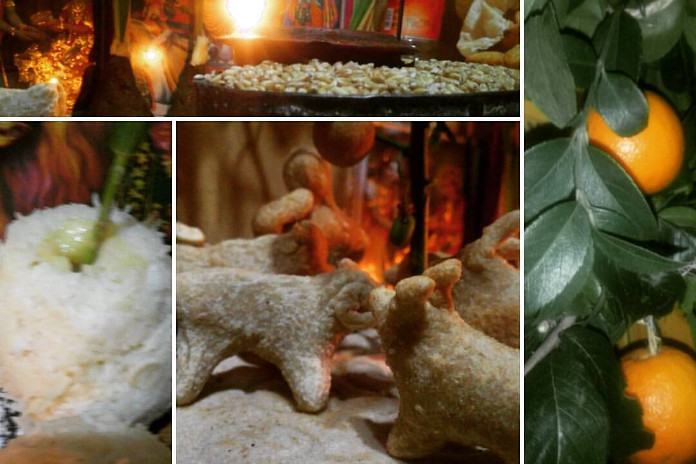 I am addicted to the mountains. Being born in the serenity of mountains, I grew up listening to the cool breeze, whispering through the lofty deodars. I played on the greenest pastures — they were our natural slides. I grew up soaking the beauty of seven seasons which has never faded in its charm.

But the biggest charm for me, living in the quaint hill state is celebrating the small traditions that fill our routine life with excitement and mirth. So when Shivratri was nearing, we kids were all very excited as it is one of the popular festivals of ‘pahari culture’. The day of Lord Shiva and Parvati is enjoyed with great fervor and deep devotion in the hills.

The beautiful part about this festival is how it is celebrated. And the legacy that goes from one generation to another. Mandi has an entire International Shivratri Festival celebrated for seven consecutive days. The celebration does differ from one region to another but the essence remains the same. It is all about revering in the spiritual light of The Giver and The Destroyer.

In my part of the land, the celebration of this mystic day starts days in advance. First is the cleansing phase because “cleanliness is next to Godliness”. The entire house is dusted, mopped and showered to be squeaky clean.

The main emphasis is the kitchen which is the engine of the entire house. In pahari culture, kitchens hold a great value, but that will make another interesting discussion.

It’s an elaborate feast and all are welcome

Next comes chexking the grocery list, which is not just long, but quite hefty. The list consists of all things needed for preparing the elaborate feast prepared to welcome Lord Shiva and Goddesses Parvati’s spiritual marriage. 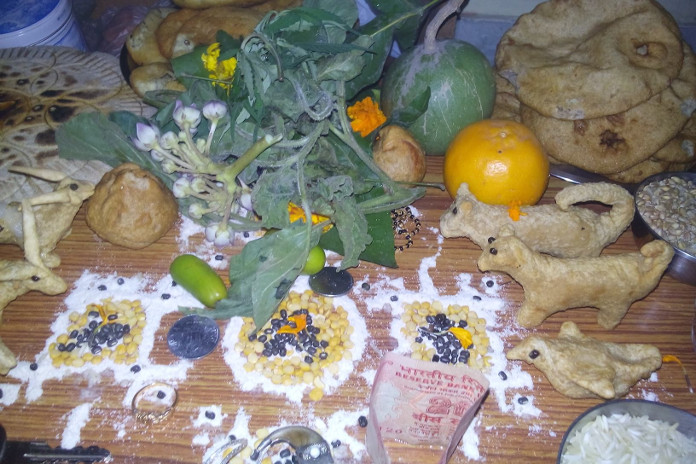 The grocery bought will transform into lip-smacking, scrumptious delights such as sweetened bread, we call ‘pakain’, stuffed bread known as ‘baidon pakan’, then varieties of pakoras, siddu maalpua, moodha, sanse or shakoli (rice papad), mash ki roti, red rice and much more. Even meat is prepared for non-vegetarians in some parts of Himachal, mostly higher regions.

It takes an entire day, a day in advance preparation to sort the ingredients and many skilled chefs of the house to create this mighty treat.

Setting up for the worship

The delicacies are prepared a day before Shivratri after the women of the house have cleansed themselves and payed their reverence to the Lord. The winter chill outside is a serious contrast to extreme warmth inside the kitchen with burning woods and deep frying all day long. It is significant how Lord Shiva becomes a medium to get families together. For a pahari, this day has great meaning and he/she won’t miss it for anything. Whenever needed, they will always try to come back to their roots.

After the delicacies are ready, next on the list is setting and equally elaborate stage for worship. For these, clay moulds of Lord Shiva, Goddess Parvati, Nandi and the Lord Shiva’s entourage is made. Lord Ganesha takes form from bull dung. 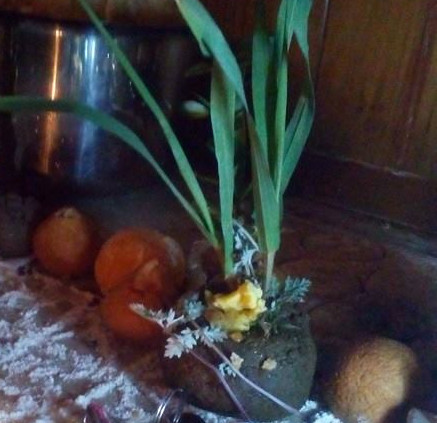 The clay moulds are placed on bed of ‘paja leaves’ which is taken from an Autumn-flowering wild cherry tree (Prunus cerasoides var. majestica Ingram).

These leaves are significant as they are used to make ‘chandua’, a contrivance made from paja branches tied together and threaded together with pakain and wild citrus fruits to form a hanging that wards the evils off. 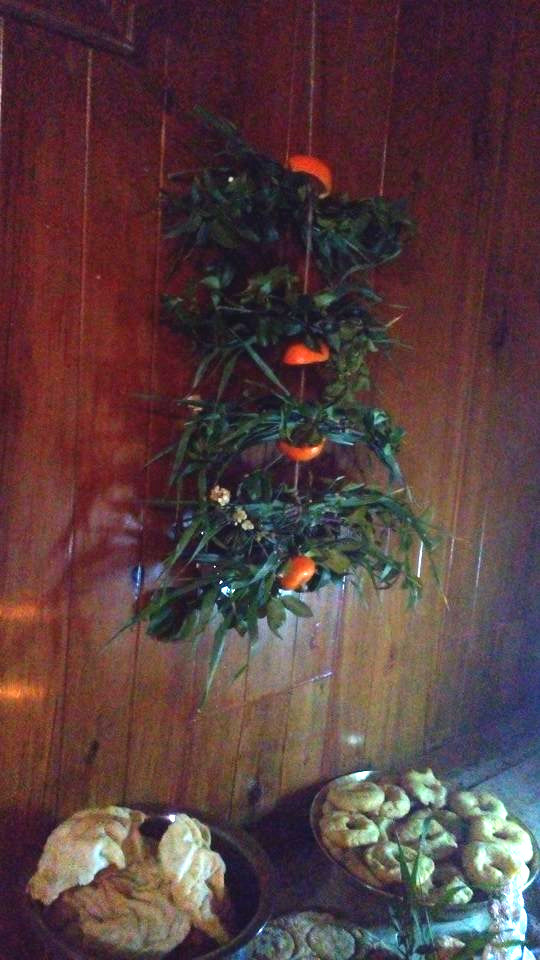 After offering the prayers, it is hung at one corner of the house for rest of the year as it brings good luck and keeps negativity away. I still have to ace this skill and not being my cup-of-tea, it is done by my grandmother-in-law.

The start of mystic veneration, the Pahari way

After fasting all day and visiting the temple for prayer, the women of the house perform a sacred ritual at home. The prayer starts by burning paja leaves on burning charcoal embers in a ladle. This produces an exquisite aromatic mist.

It is a kind of homemade incense that is offered to Lord Shiva and Goddess Parvati. The mist also cleanses the environs and increases positivity. After the chanting of mantras and invoking the local deities and prayers, the puja concludes towards the feast which is enjoyed by all-and-sundry.

Ending of the fast and consequent day

The fasting ends and everyone enjoys the scrumptious delicacies. But even the following day is as important as the previous, because the daughters of the house both married and unmarried are given a ‘Shivratri’ or kilti in many parts of Himachal.

Now it is mostly given in form of cash, but earlier it was more of kind based. It’s a small token but a huge gesture for girls showing them love, reverence and telling them they are remembered.