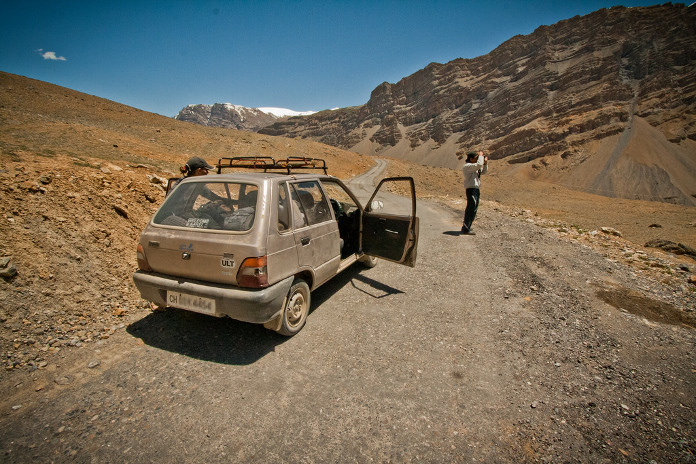 Sharp slopes, narrow roads, too many curves that border dangerously on the edge of the gorge are just some of the challenges of driving in the hills.

Driving a vehicle in plains is way different from how you are expected to drive in the hills. Just like a driver from hills finds it difficult to adjust to driving etiquette and norms of the plain region. Similarly, a driver from the plains needs to first understand the driving etiquette of the hills. Let’s go through some of the mandatory must follow rules and tips of driving through the hilly state of Himachal Pradesh. Let’s start with the pet peeve of the Pahari folks when they see a driver from the plains not following the norms.

Don’t cut in line: The Mountain Gods are watching you 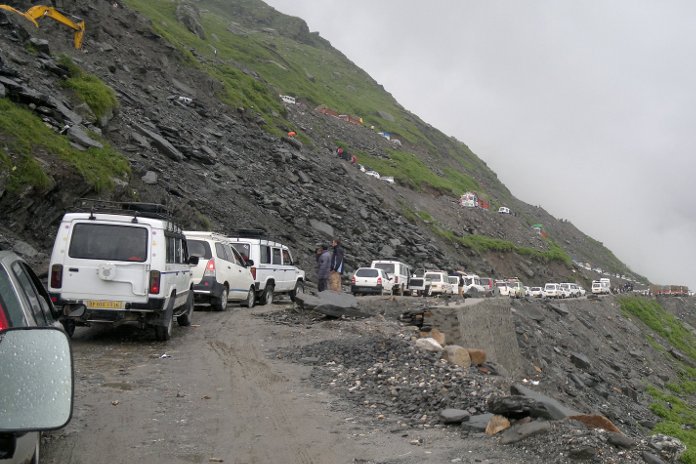 Your cutting in line habit could lead to a bigger traffic jam in the hills; Image Source: Dapinder

If there is a long queue of vehicles and the traffic is not moving, do not be a moron. The Pahari folks are nice, but not stupid. They are in line for a purpose. Don’t showoff your stupidity by cutting in line. There could be two vehicles from opposite sides ahead trying to maneuver the narrow road. Or a landslide, or a tree fallen. Keep the road clear for the vehicles coming form the opposite side. Your over-smartness is adding to the jam. You’ll end up being judged and feel like a moron when you have to reverse till you find space to back up.

Stick to your lane: You won’t fall off the gorge

The adrenaline rush of speed gained while going downhill can be a disaster if you lose control. It’s not always about control. The roads in the hills are narrow and on top of it, the curves meander dangerously. It’s all about gravity playing its part. Any uphill climb, gravity will be sure to slow you down. 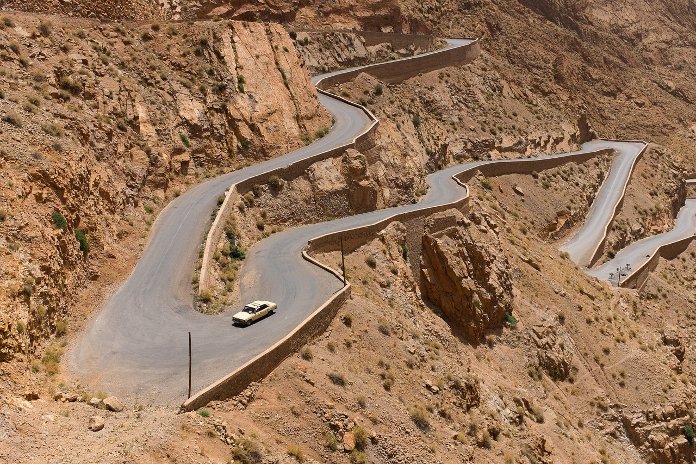 Winding and serpentine roads in the hills and mountains can be dangerous. So go slow

And for a steep downhill decent, the gravity will increase the speed of your vehicle. So you must select an appropriate safe speed limit, use low gears mostly, and make judicious use of braking techniques.

Conversely, excessive use of brakes is also not good. There’s science behind this as well – friction will naturally cause heat, and excessive heat will cause brake fade. Therefore, it’s important to maintain a harmonious balance between engine braking and mechanical braking techniques.

If you are new to hill driving, the luxury to whisk away by overtaking is narrow when driving downhill. You need to be cautious, extremely alert and attentive when taking a pass because a vehicle is a bound to top from the other side as well. So don’t turn your guards down at any point.

Do not overtake on the curves

You have the right to die. But that doesn’t give you the right to kill others. So do not overtake on curves. As mentioned earlier, the distance vision is shorter while driving in the hills because of steep slopes and curves. The vision is still better in the day and worsens in the night with limited fall of headlights. 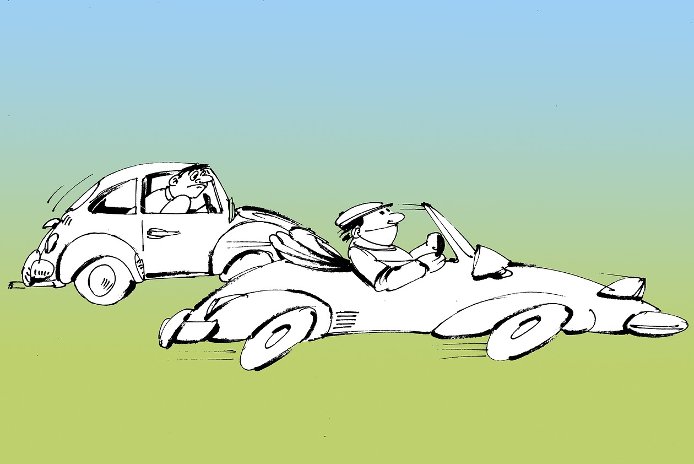 Things are worst if the weather conditions are inclement and the fog and mist are obstructing the visions completely. Therefore utmost care should be taken by the driver, especially if you are new to hill driving while overtaking. Take a leap, only if you are sure about the setting being safe for overtaking. 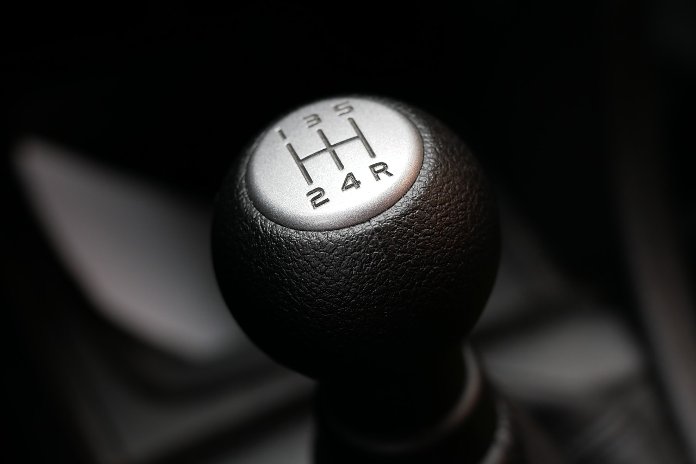 Never park your car on a steep hill even if you have a tough time finding a parking space. If by any chance you have to, then put your car in gear+hand brakes mode. If your car is facing downhill, put it on the reverse gear; and if your car is facing uphill, put it on the first fear. Secure it further by placing sturdy bricks or small rocks behind the rear wheels. Avoid a spot that looks dangerous under a hillock as landslides and rolling stones are common in hills.

Step off that clutch please: Respect the leather

Make less use of clutch to power up the momentum of the engine. We would recommend not using it at all as the clutch plate will burn out. This will bring greater wear-and-tear of the vehicle. Be sure to use lower gear level, i.e. first and second gear while going up a steep hill. Don’t use the clutch, accelerator, first gear combination to keep your car still in a traffic jam while driving uphill. Many drivers do that because they fear they won’t be able to pull up the car immediately, which would tend to roll back. Sorry, you are in for deep trouble and you could start smelling the clutch leather immediately, leaving you in no man’s land.

The early bird wins but not during the fog

If you start early, you get the incentive to miss all the traffic jams and hustle of peak hours. Avoid driving during the night and early mornings during monsoon and winter, particularly if you are unfamiliar with the roads and surroundings. Visibility could be as low as zero metres. 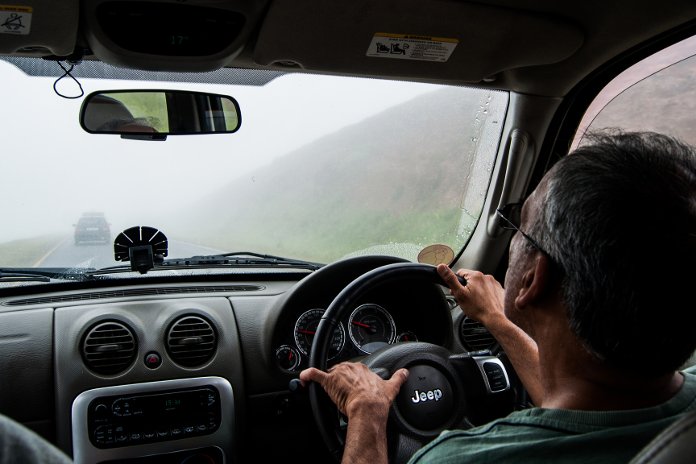 Driving in a fog in hills could be dangerous; Picture used under Creative Commons License; Image Source: Meraj Chhaya

If you tend to get caught in a fog, tail other vehicles by maintaining a good distance — you might have to apply sudden brakes; and do not, we repeat, do not try and overtake. During winters, the higher you go, higher are chances of frost accumulating on the road. This makes the roads slippery, causing vehicles to skid.  If you are driving through a foggy patch, then keep the hazard or fog lights on all through the way.

Hilly areas have an early closing time and sometimes the petrol pumps don’t exist for a fairly long distance. It is recommended to refuel your tank well in advance and keep surplus fuel in case you are going off-beat and know that you wouldn’t find a fuel station for a long stretch.

Rains can be romantic, but driving may not be

When driving in a downpour while enjoying the sheer beauty pitter-patter, be careful about driving. Visibility can be an issue and you could drive straight into a ditch. Landslides can be common. Try not to tread the non-tarred roads.

Turn on the windshield wipers as soon as the rain starts. Some drivers have this notion, that they are putting the wipers to wear and tear by using them more often. Better you put them, instead of putting yourself. Avoid the slush as much as you can. Your tyres could get stuck. The vehicle ahead could splash up muddy water onto your windshield unintentionally, leaving you blinded and at risk of life. So maintain a good distance.

Driving in snow is no fun 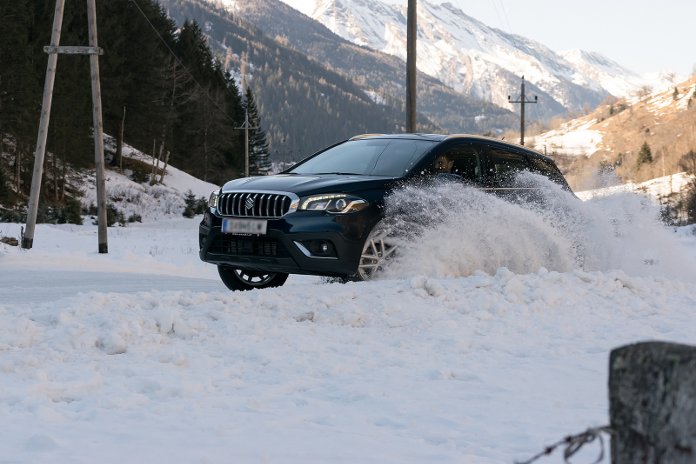 Avoid driving in snow as it could be highly dangerous; Picture used under the Creative Commons License; Image Source: Klaus Krumböck

Avoid driving in snow as much as you can. But if you must or you anticipate driving into snow, here’s a quick checklist: 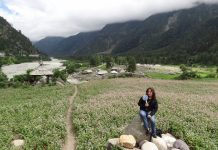