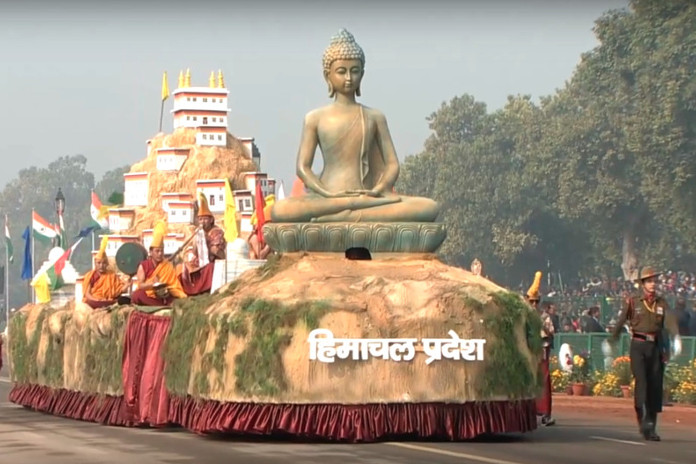 Like all of you, I too have been receiving ‘Republic Day’ best wishes messages since yesterday. I did think of reciprocating, but eventually, junked the idea of adding to the bulk of ‘Forwards’ that are bringing the internet down and thereby sparing the low memory smartphones from crashing. After all Google is angry about it. But, here’s some food for thought, triggered by a real life anecdote which happened today. I am sure friends who have raised children will understand the nuance better.

So Aadi, my elder son — barely four- and a half- in age — was up early this morning to watch the Republic Day parade on TV. This probably, is Aadi’s first parade which he will remember. So to give him company, Shilpa, my wife sat down with him.

Soon, the tanks, aircrafts, missiles, soldiers in their regimental glory paraded on the Rajpath. The four-year-old’s curious mind had too many questions. And here they came one by one:

Aadi: Mummy police ghode pe kyun hai (Mom, why is the police on a horse)?

Shilpa: Ye ghoda nahi camel hai, and police nahi army hai. (This is not a horse, it’s a camel; and it’s not police, it’s army.)

Aadi: Army kya hoti hai (What is an army)?

Shilpa: Jo dushman se bachati hai (Someone who saves us from the enemy).

Aadi: To police kya karti hai (So, what does the police do)?

Aadi: To dushman kaun hota hai (So, who are the enemy)?

Shilpa: Jo border ke doosari taraf hota hai (Someone, who is on the other side of the border).

Aadi: Border kya hota hai (What is a border)?

Aadi: Country kya hoti hai (What is a country)?

Well, both Shilpa and I understand that not all border countries are enemies and not everyone across the border is an enemy. However, the first thought that came to my mind is that a child’s mind is a clean slate. It is us who fill it up with caste, colour, creed, race, religion, gender, left, right and center.

I am sure many readers would have gone through a similar predicament. The reality of life is, many adults struggle with similar questions. These are not questions from our children. These are probably questions which we need to ask ourselves: Yeh country kya hoti hai?

Keeping the mood light, signing off, with a pleasant feeling. Wishing all friends, well wishers and readers a Happy Republic Day. Hope we become strong, capable and more humble with each passing day.