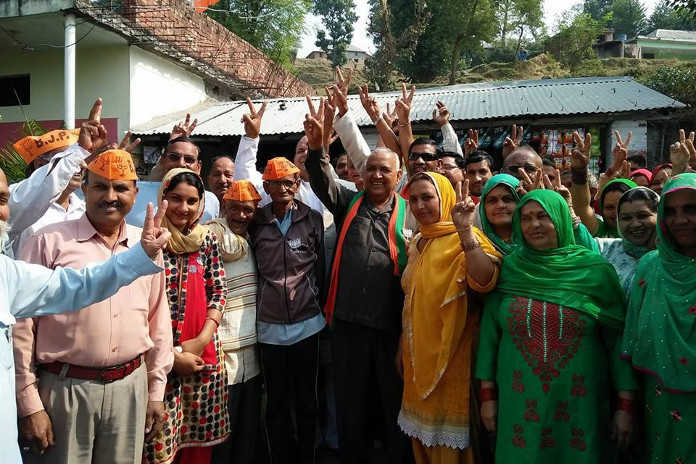 Former Minister Ramesh Dhawala stressed the need to give thrust on the creation of more revenue resources and curtailing spendthrift by the Government in the State. Participating in the ‘Thanks motion’ on Governor address this morning in the House, Mr Dhawala who is BJP MLA from Jawalamukhi highlighted that such state schools had upgraded where only two, three or four children are admitted and each teacher was drawing salary and perks of about rupees two lakh.

Mr Dhawala highlighted that pothole road are not worthy of plying of traffic as tarring was being done in a haphazard manner. He also urged the Government to not disperse payment to contractors as road getting withered soon due to the poor quality of the material. He warned the Government that road would not improve until tarring work would be done during the night temperature. Urging the Government to open the ban on Acacia trees for extraction of resin as money people are waiting for it, he added.

Ramesh Dhawala also drew the attention of Government for non-payment of salary of Jal-Rakashaks. Seeking setting up of the solar unit in the State he said that State should emulate Gujarat to tap the solar energy as State climate and the environment is conducive to it. The harnessing of solar power is cheaper than that of Hydropower and State should give more stress to it.

BJP leader demanded that cannabis should be allowed for extraction as the dozen of Ayurveda medicines are being manufactured from it. He said that teenagers should be made aware of the offence of carrying cannabis rather booking them in NDPS cases. He warned that after arresting youth they become history-sheeter and it ruins their entire career.