The Himachal Pradesh High Court today ordered CBI probe in mysterious death of forest guard Hoshiyar Singh after CID Special Investigation Team could explain a number of vital questions regarding the alleged crime. The Bench comprising of acting Chief Justice Sanjay Karol and Justice Sandeep Sharma today referred the case to CBI as the matter is pending for last two months before the Court. 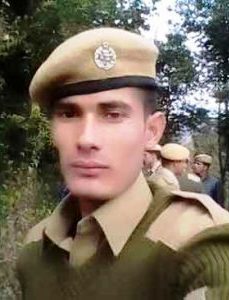 The State Investigation officer and DSP CID were present in the Court when the Bench announced to transfer the case to CBI for further investigation. The matter was listed for the hearing before the division bench today which decided to dispose of the PIL and referring the case to CBI. The matter came for hearing on August 8 was listed for the order today. The Court earlier on August 02, had sought reply of Advocate General Sharwan Dogra stating that why not CBI probe should be ordered to thoroughly probe the matter.

The police SIT and CID had submitted a probe report to the High Court on July 21. According to the probe, the guard died of poison. The agencies said the forensic reports confirm Hoshiyar committed suicide and was not killed by anyone. The forensic report had also confirmed that the handwriting in which suicide notes were written matched with the writing of the killed forest guard. Two notes were recovered during the investigation, in which the guard had made shocking revelations about the ongoing nexus between forest officials and the forest mafia.

However, the Amicus Currie pointed out that the reports of the probe have missed several aspects crucial for the investigation. The report did not mention whether the poison was self-administered or was Hoshiyar forced to consume it. There is no word about the source of poison. From where did he procure the poison? If he bought it, then from which shop or store? The report did not investigate the status of rain between June 5, the day he disappeared, and June 9, the day body of the guard was found. Rain would have washed away the vomit which was found at the spot.

The guard had consumed rice, cereals, and salad at the house of a TGT teacher on July 5. As per postmortem report issued on July 10, they found these components undigested on the day of postmortem. The human body takes five to six hours in order to digest a meal. CID Probe could not establish the accurate day and time of the death of the deceased, which is very crucial to the investigation, Amicus Currie argued. It is also pointed out that no major action was taken against the forest mafia, and no such person was arrested during the investigation who could provide crucial details about the death of the guard.

Hoshiyar Singh, in his suicide notes and diary, had named six people including the Block Officer, Tez Ram, for harassing him whenever he tried to bring the illegal axing by the mafia to the attention of higher officials. As per police, the guard had also mentioned about the threat to his life from the mafia. Based on these allegations, a four member team of the forest department had inspected the beat in which the guard was posted. The team spotted over 490 stumps of axed trees in the only 810-hectare area. Over 235 of these trees were illegally felled.