Himachal Pradesh is a hilly State where benevolent nature has bestowed many perennial and precious gifts to people living in the mountainous region. These treasures of nature are abundant in terms of tourism and power generation potential flowing through scores of rivers flowing down the State. Himachal Pradesh is power surplus State where power is available on demand and as per requirement of industries, commerce and trades besides regular supply to general consumers.

Technical Education Minister Mr. G S Bali told, ‘PM Modi will lay foundation from Shimla on 27th April of Hydro Engineering College Bandla of Bilaspur district of HP. NHPC and NTPC has donated 37.5 crore each for the construction of this college.” H.P. has hydro potential of 24000 MW of harnessable hydro power which could be generated from the rivers of the State. Out of this, the State has allotted 21,500 MW for various completed and to be completed projects. This has involved both public and private enterprises to exploit the optimum potential available in this sector.

A potential of about 10,351 MW has already been harnessed so far through various projects  which are successfully running and contributing to the economy of the State. SJVNL, NTPC are big national players producing hydro electricity in the State and adding to the economy of the State. 1281.50 crore Uhl stage III 100 MW project is on verge of completion. The State govt has allotted Devikothi 16 MW, Saikothi 16.50 MW, Hail HEP 18 MW, Raison 18 MW Butseri 60 MW and New Nogli 9 MW to HPSEBL for execution. In addition to this Himurja has also allotted small projects for implementation.

In the wake of present environmental scenario of the world focus is being shifted to clean and environment friendly energy to run the wheels of industry and commerce. The state government is also promoting such projects which are safe to the environment and proper care is being taken for development of the area where the project is situated. These projects will require large number of skilled persons, in different categories to work at different level in these projects. At present skilled engineers are generally  hired from outside the State.

Opening of hydro engineering College in the State will be able to produce engineers  with specialization   in the field of hydro electricity. The demand of the industry could be fulfilled with the engineers coming out of this institute. The State Government has taken initiative to invoke cooperation of public enterprises of international repute NTPC and NHPC for this college. The Hydro Engineering College at Bandla district Bilaspur will have four streams in mechanical, civil, electrical and computer science. In order to provide adequate land for hydro engineering college the State Government has transferred 62 bighas of land to technical education department. The Government has also accorded administrative approval of Rs. 82 crores for construction of campus of the institute. 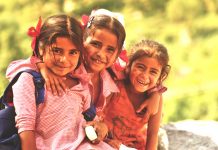 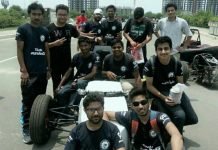 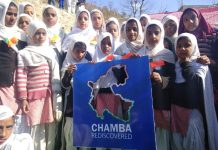