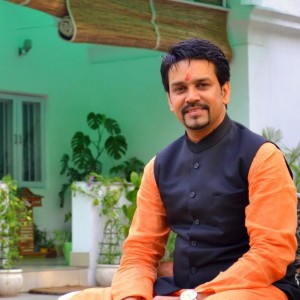 Member of Parliament BJP from Hamirpur, Mr. Anurag Thakur said that HP CM Mr. Virbhadra Singh should stop blaming the Centre for dismantling planning commission and for lack of funds because of it when facts are completely otherwise. On the contrary to strengthen federal structure, the Centre has made historic never before allocations to States in 14th Finance Commission. There’s a historic rise of 163% in allocation to Himachal Pradesh at Rs 75,282 crore compared to Rs 21,691 crore in 13th Finance Commission.

Anurag Thakur said that from the figures quoted above it is clear that there is no reduction in central grant due to discontinuation of planning commission and most allocation has been done to states in 14th finance commission. Anurag Thakur further said that it is for the first time that the Centre has shared 42% of their income with states while earlier this figure was 32% and it was never increased by 10% in one time.

Anurag Thakur said that CM should stop misleading people about central grants and focus on getting his own house in order. He said that state government is increasing loan burden on state by taking loans almost twice a month and is creating hindrance for upcoming government also.