The Tibetan Spiritual leader and Nobel Laureate Dalai Lama, who is here at Rewalsar for the 3 day long celebrations of Tibetan Maha Kumbh, which falls after an interval of every 12 years, spurned violence which has gripped many parts across the world and added that no real religion warrants killing of innocent persons.

Speaking at a spiritual session he exhorted the religious leaders to usher in an era of peace, prosperity brotherhood and happiness amongst all the nations, religions and communities. He said that the teachings of Lord Buddha were as relevant today as at the time of King Ashoka.

Without naming any religion or community he made clarion call to all religious and spiritual leaders of the world to join together against violence and killing of the innocent persons and usher in a new era of mutual love and brotherhood.

He lamented that many countries had assembled weapons of self-destruction and stressed that relentless efforts should be made by all right-minded persons that these weapons of destruction do not pass on to the hands of perverted persons. He descried the killings of humans or animals. The lasting peace was possible only if we love each other and all living beings.

Earlier thousands of his followers from home and abroad accorded a warm and tumultuous welcome to the Tibetan spiritual leader yesterday at Rewalsar on his arrival there.

His Holiness the Dalai Lama worshiped Lord Buddha along with thousands of his Indian and foreign followers and expressed hope that goodness will be the final goal of all evils in the world. He exhorted that “we all should serve the humanity”.

He said he had been overwhelmed and felt blessed on reaching Rewalsar, the Tapo-Bhumi of great saint Rishi Padama Sambhava and ordained that the followers of Buddhism should go around the world to spread the teachings of Lord Buddha for ushering in an era of peace and happiness.

The District administration and Police has taken all necessary steps to control law and order situation and regulate traffic. Strict vigil is being kept on suspected persons visiting Mandi at all the entry points, said Thakur Prem Singh S.P. Mandi. 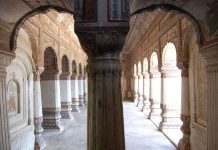 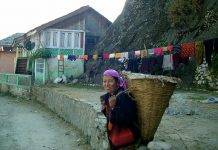