He said that state level folk dance festival of all 12 districts would be giving their special performances by sutradhar groups, local artists and school students. Kullu Natti is all set to enter the Guinness Book of World Records with 12000 plus participants in the category of traditional folk dance. This time the artists would dedicate their dance to the girl child. The 100 feet high monumental national flag would be hoisted at Dhalpur in front of Rath Maidan, the first of its kind in Himachal Pradesh.

International and national fame artists and play back singer Master Saleem and Kumar Sanu would perform during festival on 26th October and 27th October, 2015.  Meanwhile Dr Mamta Joshi, Miss Pooja, Kshitij Tare and Dev Negi would be giving their performances on the cultural night of 22nd, 23rd, 24th and 25th October respectively.

The concluding day would be all dedicated to the local artists from Himachal including Thakur Dass Rathi, Narender Thakur, Pinki Bhandari, Ramesh Thakur and others. Musical troupes and Himachali Bands like Laman Band and Rio Nissi Band would also entertain the audiences. As many as 275 gods and goddess and their 445 care takers would be participating in the event. 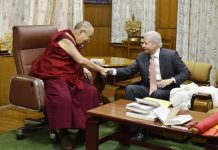