During the meeting Mr, J P Nadda pointed out that the section from Kirtpur to Nerchowk on Chandigarh- Mandi- Manali road, NH-205 is in dire need of repairs. This is one highway, which sees very heavy traffic due to  tourist rush. This highway is the main lifeline of four districts of Himachal Pradesh connecting Bilaspur, Mandi, Kullu and Lahaul & Spiti. It also connects these districts with adjoining state of Punjab, Haryana, Chandigarh and Delhi.

The minister informed that the heavy movement of commercial traffic has  lead to its damage and requires urgent repair. At present, the road is in no condition to be used for the local people. Mr. Nadda also highlighted the fact that no major repair and rehabilitation of this portion has been done for the last 7-8 years which has resulted into deterioration of this highway due to which a large number of accidents, many fatal, have taken place in the recent past.

Mr. Nadda also discussed strengthening of Nauni-Brahampukhar road, which is the major link connecting NH-21 and NH-88. In addition to this the Health Minister pointed out that the Kandrour Bamta road is also in urgent need of repair. The transport minister has assured all help in ensuring that the work on the repair and maintenance is expedited. He has directed the ministry officials to do the needful immediately and report the progress to him.

He has also requested Mr. Nadda to chair a meeting of the concerned officials of the Union Ministry of Transport and Highways at Shimla to streamline coordination, and resolve the inter-departmental issues such as land acquisition, if any. The Health Minister Mr J P Nadda has agreed to chair the meeting which will he held very soon. 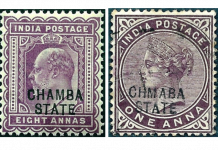 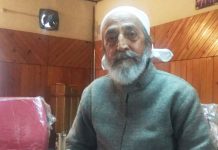