Due to heavy rain in Triund on Sunday, the water level in the Bhagsunag waterfall area suddenly rose up. Due to this, about 20 people got stuck in the waterfall area.

It was around 2 P.M. when the water flow started rising. The tourists who got stuck there remained constrained to one place due to fear. In no time, Himachal police, Home Guards and the trekking unit came to help the people.

The rescue team helped the people to get out of there safely. The tourists were from Delhi, Punjab and Mcleodganj, who had gone there to visit the waterfall. 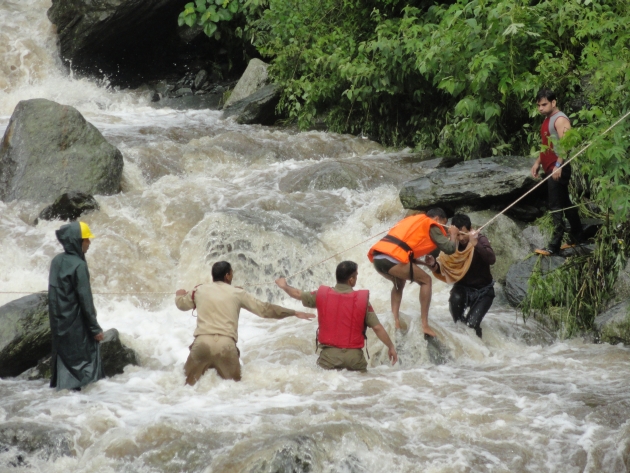 SDM Mr. Harish Gajju said, as soon as we got to know about the incident, high alert has been imposed in the area.

The district administration said that due to timely warning, there was no loss of life.

The people residing in the slum areas near other water bodies like Charan and Manjhee khad were removed due to high risk of flood.