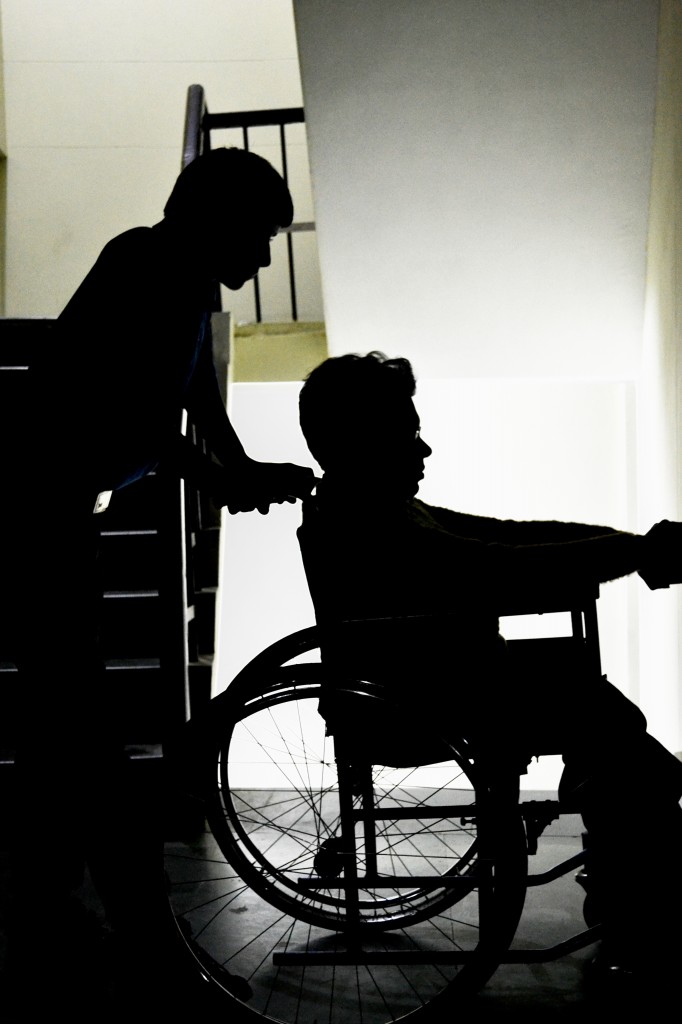 Shimla: Akshay Kumar, a severely disabled brilliant student of Ph.D (English) in Himachal Pradesh University remained a role model throughout the ten days disability awareness campaign in this hill state. The campaign, ‘Badhte Kadam’ a program of The National Trust was organized by Udaan, a local parent’s association of children with Intellectual Disabilities. Umang Foundation, a public welfare trust, was the major partner in this campaign. ‘Badhte Kadam’ was flagged-off on 23rd November by Director, the Department of SC, ST and Minorities Affairs Abhishek Jain and ended on 2nd December in Shimla. Eleven members strong team of volunteers travelled about 1,400 KM hill track and covered six districts including Shimla, Hamirpur, Chamba, Kangra, Kullu and Mandi.

As many as 2,500 people directly participated in this mass awareness disability mela, including a large number of children with disabilities and other children. It proved to be a platform for inclusion of disabled children as they celebrated and played together with non disabled children. Children with severe multiple disabilities enjoyed games like lemon race, musical chair, ring throw and participated in other cultural activities like dance, drama etc. Secretary Udaan Ranjit Rana, discussed objectives of this campaign and Mrs. Lalita Rana counseled the parents and special educators of children with disabilities. Rights of Disabled, Persons with Disability Act, government schemes and policies of The National Trust were discussed by Ajai Srivastava, a noted disability rights activist in the state and Chairman of Umang Foundation. He also addressed the queries of persons with disabilities and conducted interactive sessions with special educators and JBT trainees. Four young members of Umang foundation- Akshay Kumar, doing Ph. D.(English), Ranjan Bala, persuing Ph. D.(Education), Gautami, Student of Mass Communication and Ashish managed the show through out the campaign.

The Badhte Kadam Mela was a rare opportunity to come out from the house and interact with society for children like Maan Bahadur (10), who is suffering from mental retardation as well as cerebral palsy and can barely walk, Dikhsu Kumari (14), a patient with severe mental retardation who doesn’t look more than 2 years old and other severely disabled children. In this mela, villagers from far flung areas of H.P. and local NGOs joined their hands together to sensitize the masses about disability and significance of early intervention to prevent disability.