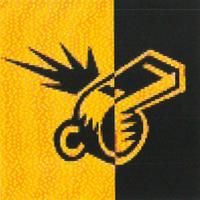 On April 22, the Himachal government banned spitting and littering on the Mall Road, Shimla. A whistle-blower brigade of school students was set-up to embarrass the defaulters by the Science and Technology department and state Pollution Control Board. I wish the government had let the children study and asked its own employees to do the job.

First the news part. About 400 members of 20 Eco-clubs of as many schools have been given whistles by the government. These students, along with a Home Guard employee and a member of the Pollution Control Board, skip their classes and patrol the Mall Road (as a part of the Seeti Bajao, Shimla Bachao campaign), and embarrass the defaulters by blowing a whistle, till the latter pick up the litter and serve it into the nearest dust-bin. A novel way.

But why can’t the government ask its employees to do the same? Should the school children be allowed to miss the classes and patrol the Mall Road when they should be actually studying?

I’ve received complaints from friends who visit Shimla of the lack of civic amenities like Rest Rooms. The Mall Road has six liquor shops (I’ll call them thekaas) and just one each toilet (for Men and Women). OK let me take you through all these thekaas. Let’s start from the Lift towards the Scandal Point. The first is just near the Indira Gandhi Sports Complex, near the Lift. The second is just a few metres away near Krishna Bakers, the third – a few hundred metres away, near the LG showroom, the fourth near the Khadi Gramodyog Retail point, the fifth near Trishool Bakery, and the sixth near Coffee House.

Now let me take you through the toilets. The first near the Khadi Gramodyog retail point, just above the theka. The second near the Scandal Point, next to the Tourist Information Centre (it was under renovation when I’d seen it last. If it at all exists today, I’m not sure), the third, near the Ridge, next to UNI office. Are there any more? Oh yes, near the Sher-e-Punjab restaurant. That would qualify in the Lower Bazaar actually. Ah, yes, there are three thekaas together in Lower Bazaar. Just a couple of hundred metres away from Sher-e-Punjab Restaurant, two thekaas in a row, and the third just opposite them (near Mehru Sweets/Thakur Bhrata’s shop).

The least said about the cleanliness of these toilets, the better. Stinking, filthy, unhygienic, and rooms of umpteen diseases. Haven’t seen the Ladies’ toilets, but many jerks too can be seen whiling away their time in the Men’s toilets. As you cannot smoke on the Mall, many use these toilets to spit their paan refuse and release their nicotine urge as well.

I wish the government had come up with as many toilets on the Mall Road than these thekaas. Also, as many dustbins. OK, let me count the dustbins as well. I can remember only one. Opposite the Toys Shop (or the LG showroom). If there are more, please count them below, in the comments column.

We boast of Shimla being a tourist place. We ask them to visit us and boost our economy. But have we given them any basic amenities? We allow the tourists to use the open spaces as toilets on the Highway and any galis or stairs leading from the Mall Road to Lower Bazaar. Why just the tourists, even the locals. Sorry, I’m not counting the women here. They have to control their urgency. This liberty is for the privileged men only. Women have to take long walks before they find one and pay (I don’t know how much) to comfort themselves by using these dirty toilets.

So what’s next? Is the government planning to hand over commodes and spittoons to school children? Also, why not let these children only, sell liquor?